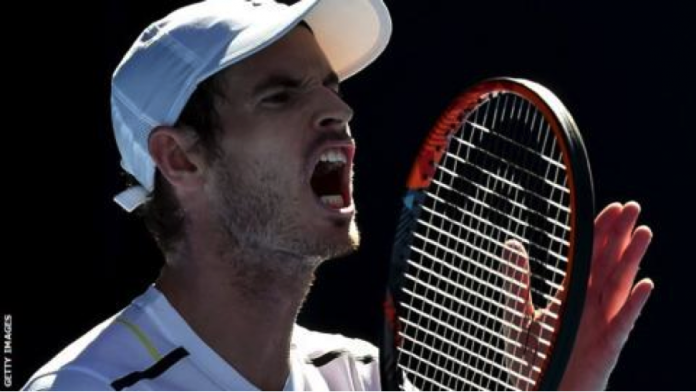 Andy Murray’s hopes of winning a first Australian Open title ended with a shock defeat by world number 50 Mischa Zverev of Germany in the fourth round.

It is the Briton’s earliest defeat in Melbourne since 2009, and the lowest-ranked player he has lost to at a Grand Slam since the 2006 Australian Open.

Zverev goes on to face Roger Federer or Kei Nishikori in the quarter-finals.

“It was kind of easy to stay aggressive but it was tough to stay calm,” said the German, who won in three hours and 33 minutes.

“I was expecting to maybe double fault in the last game but somehow I made it.”

Zverev aggression too much for Murray

Murray had been hoping to go one better than five runner-up finishes in Melbourne, but he was unable to cope with the serve-and-volley skills of Zverev.

The 29-year-old German, a contemporary of Murray from junior days, was ranked outside the world’s top 1,000 two years ago after a succession of injury problems.

He fought his way back up the rankings with an attacking style that he used to great effect against Murray, winning 65 points at the net and dismantling the Briton’s second serve.

Murray ended the match with an impressive 71 winners to 28 unforced errors, but it was still not enough against an opponent constantly putting him under pressure.

The top seed began well, holding points to lead 4-1, but Zverev got the break back with a return winner and would not give the world number one a chance to settle from then on.

Zverev recovered another break in game nine and then moved ahead with a delicate drop volley before seeing out the set.

Murray roared in relief when he levelled at a set all with a rasping winner after again being pegged back twice, but from midway through the third set it was clear that Zverev was the man in command.

He reeled off five straight games to move two sets to one and a break up, and despite one desperately nervous smash into the net – managed to serve his way to victory.

‘He deserved to win’ – Murray

The defeat is Murray’s worst at a Grand Slam, in terms of the ranking of his opponent, since he lost to world number 51 Juan Ignacio Chela at Melbourne Park in 2006.

His chances of finally landing the third leg of the career Grand Slam looked to have been enhanced following the surprise defeat of six-time champion Novak Djokovic in the second round.

However, the wait for a first Australian Open title goes on and Murray will turn his attention to Britain’s Davis Cup tie in Canada next month.

“He deserved to win because he played great when he was down, and also in the important moments,” said Murray.

“I was kind of behind in the last couple of sets the whole way but I have had tough losses in the past and I have come back from them.”