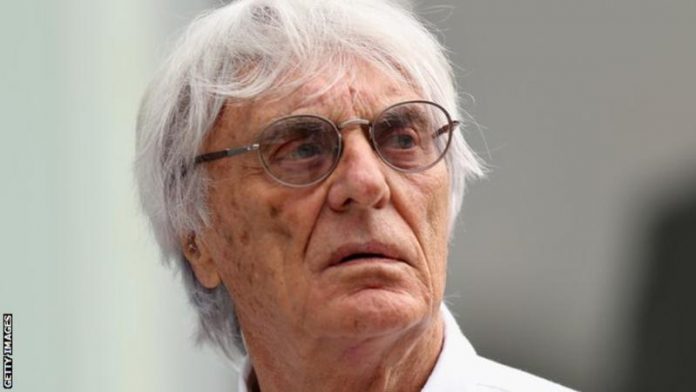 Bernie Ecclestone could leave his position as Formula 1 chief executive as soon as this week, a source close to the 86-year-old says.

The move would end Ecclestone’s remarkable 40-year reign in the sport.

US giant Liberty Media is on the brink of completing its takeover of F1, which values the sport at $8bn (£6.5bn).

Ecclestone said in September he had been asked to stay on for three years but Liberty wants a revamp and mounting belief is he could be eased aside.

And senior F1 sources say American Sean Bratches, a former executive at television network ESPN, is poised to be appointed to run the commercial side of the sport, including sponsorship, marketing and media rights.

Ross Brawn, the former Mercedes team boss and Ferrari technical director, is expected to take up a role in charge of relations with the teams on the sporting and technical side.

BBC Sport has been told that some senior officials at Formula 1 Management, the company Ecclestone heads, think it unlikely he would accept an honorary role as life president if it was offered.

Senior sources expect that Ecclestone’s departure will happen within a month, even if he does not go this week. He is currently on a skiing holiday.

Liberty refused to comment when contacted by the BBC.

Liberty last week cleared the final hurdles required before finalising its takeover, with approval of both its own shareholders of the deal and then that of F1’s governing body, the FIA.

All that remains is for the final commercial deals to take place that will see Liberty take over from investment group CVC Capital Partners as the company running the sport.

Liberty’s target, when it paid the first instalment of its buy-out, was for that to be completed before the end of the first financial quarter this year. But it is now expected in the coming days.