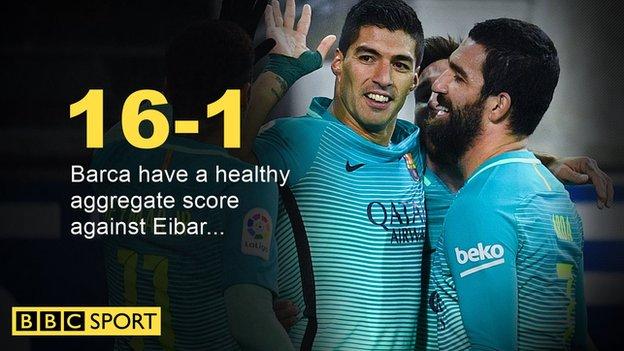 Eibar, a tiny Basque club who attract crowds of fewer than 6,000 and generate a fraction of Barcelona’s vast income, are one of Spanish football’s remarkable success stories.

They reached the top flight for the first time in 2014, but their promotion was only ratified after they raised 1.7m euros (£1.35m) to meet the league’s demands over the amount of working capital generated by a club.

Eibar narrowly avoided relegation in their debut season, going on to finish a credible 14th last year, and are aiming for an even higher final placing this time.

However, their miserable record continued against Barca as they were condemned to another heavy defeat by the 24-time Spanish champions.