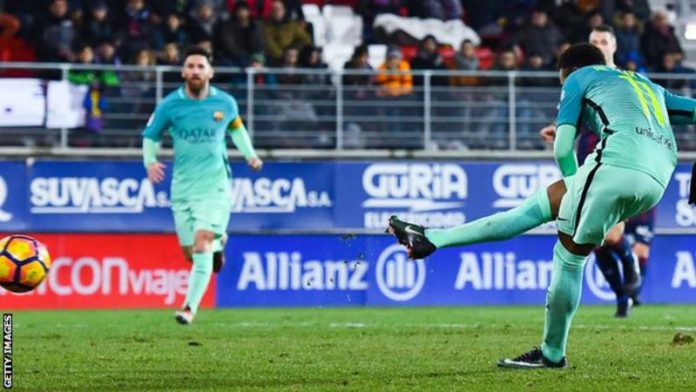 Barca increased the tempo after the break, doubling their lead when Lionel Messi cushioned in Luis Suarez’s pass.

Victory moved third-placed Barca two points behind leaders Madrid, and a point adrift of Sevilla, at the halfway stage of the Spanish season.

Madrid – who edged past Malaga at the Bernabeu on Saturday – still have a game in hand on their nearest rivals though, after missing a league game in December when they took part in the Club World Cup.