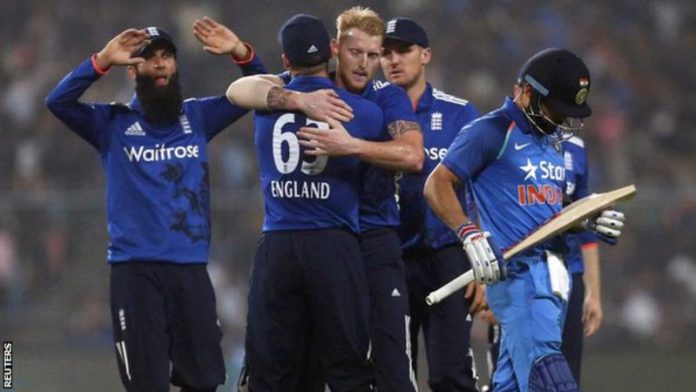 England held on to win the third one-day international against India by five runs as Ben Stokes found redemption at Eden Gardens.

He removed key man Virat Kohli and ended a 104-run stand between Kedar Jadhav and Hardik Pandya.Jadhav remained with India needing 16 from the final over, but Chris Woakes had him held at deep point for 90.Not only did it give England a first international win on the tour after a 4-0 defeat in the Tests, but also just a fourth success in 26 ODIs in India.