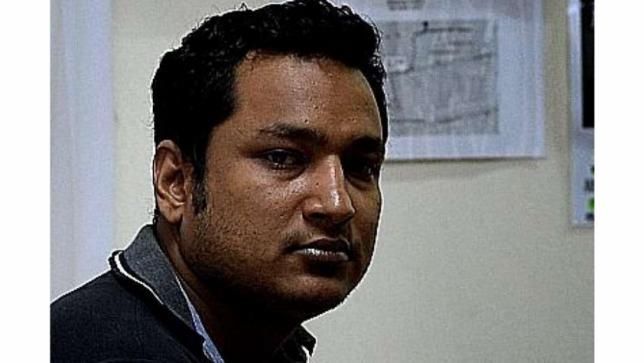 Bangladeshi construction worker Sujan Ahmed thought his problems were over when he managed to get a Labour Court order against his Singaporean employer to compensate him for permanent injuries he suffered after a fall in May 2015.

But the 34-year-old realised his victory was in vain when Ridgeway Marine and Construction refused to make good on the $9,145 owed.

His only recourse – applying to the State Courts to seize his employer’s assets. It is a legal process that he can ill afford, since he has not been able to work since his injury 19 months ago.

The Ministry of Manpower (MOM), which runs the Labour Court, said, “This process is not unique to orders made by the Labour Court. It is a standard process to enforce payment orders arising from civil claims across different courts.”

Sujan’s case is the second that has surfaced within a week, exposing a gap in the protection of workers against employers who leave them uninsured, refuse to compensate them for injuries, or owe them their salaries.

Last week, The Straits Times reported that Geosray Engineering and Services had ignored a Labour Court order to pay a worker $7,363 in salary arrears. The MOM told the worker to seize and sell the employer’s assets to get his money back.

Sujan’s ordeal began in May 2015 after he fell from a 3m-high ladder while installing closed-circuit television cameras at Tekka Market. His employer, Suriakumar Ridgeway, took him to a clinic.

A week later, his injured elbow remained swollen and he could not walk properly. “I begged boss to take me to hospital,” he said.

At Tan Tock Seng Hospital (TTSH), X-rays showed he had fractured his right elbow and hurt his back. His arm was put in a cast and he was given medical leave of more than two months in total.

In June 2015, he filed a Work Injury Compensation claim. A year later, TTSH confirmed that he had suffered 10 per cent permanent incapacity of his elbow and back.

Based on the assessment, the MOM awarded him $11,625 in compensation, an amount that should have been covered by compulsory insurance. As it turned out, Sujan’s employer had not bought him a policy.

Sujan had worked for Suriakumar, the sole proprietor of the company, for a year before he fell, earning a basic salary of $750 a month, which he used to support his wife, mother and a younger brother.

He was to have received the full compensation by October last year, but has received only $2,480.

An MOM spokesman said the ministry had “facilitated” the partial payment but the employer could not pay the rest because of financial difficulties.

She added that the MOM will work with the Migrant Workers’ Centre to find temporary work for Sujan and advise him on the civil claim. “However, it would be important to have realistic expectations of what can be recovered, for example, by considering whether there are assets to be seized,” she said.

The MOM will also bar the employer from hiring any more foreign workers and charge him in court for not insuring and compensating Sujan, she added.

In the last three years, the ministry prosecuted in court six employers who failed to compensate injured workers, and three employers who did not insure workers.

Repeated attempts to reach Suriakumar on his mobile phone and at his listed address were unsuccessful.

Alex Au, treasurer of Transient Workers Count Too (TWC2), said the case shows the limitations of the Labour Court when an employer ignores its order and “simply refuses to pay up” . TWC2 is providing food and shelter to Sujan.

Sujan said he hopes other workers would be careful. Choking up, he added: “I hope boss can care for worker and buy insurance. No insurance, workers suffer.”