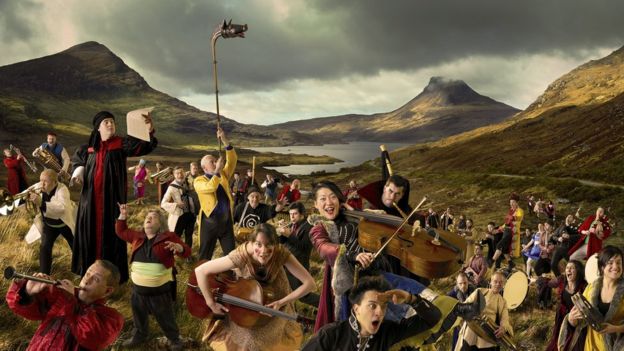 Donald Shaw says: “It is almost like a political statement. It is a band of 35 musicians from all over Europe coming together.”

Edinburgh composer and producer Jim Sutherland is behind the project and will premiere the new music he has written for it.

Donald Shaw says: “It is about saying ‘whatever rhetoric we get from the politicians, it is very much ignored by the musicians’.

“Musicians need free movement to survive, otherwise the traditions won’t evolve at all.

“The original music commissioned back in 2008 was inspired by the unusual musical instruments from the European folk communities and this is an update with a brand new piece called We Are An Ocean.

“It’ll be a pretty majestic night.”