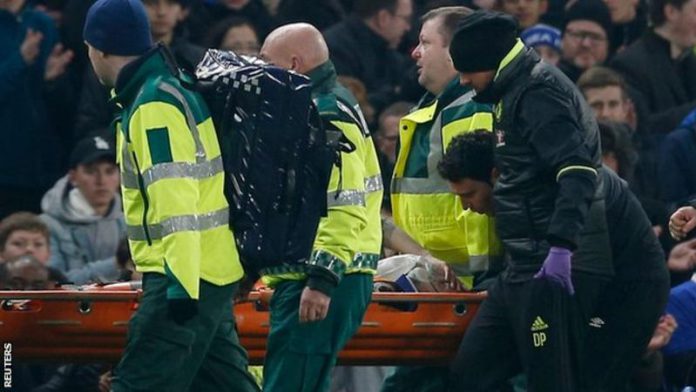 Hull City midfielder Ryan Mason has had surgery after fracturing his skull during Sunday’s game at Chelsea.

He was carried off on a stretcher wearing an oxygen mask after receiving eight minutes of treatment and taken to St Mary’s Hospital in London.

“Ryan is in a stable condition and expected to remain in hospital for the next few days,” said a Hull statement.

“Everyone at the Club would like to express their sincere thanks for the excellent and swift care given to Ryan by both the Accident and Emergency department and Neurosurgery Unit at St Mary’s Hospital.”

Hull added that they would issue a further update on Monday.

Cahill, who continued playing, said: “I tried to get on the end of the cross. We smashed heads. I wish him all the very best.”

Goals from Diego Costa and Cahill gave the Blues a 2-0 victory as they moved eight points clear at the top.