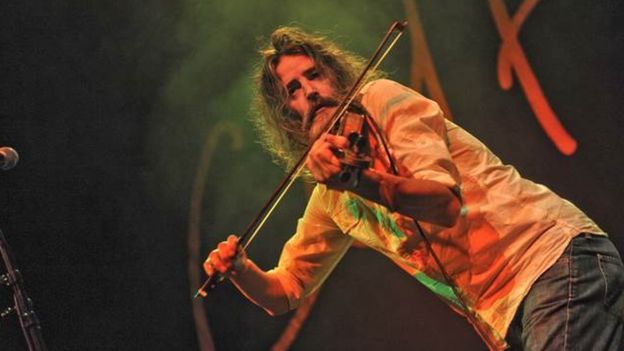 “Shooglenifty are no strangers to Celtic Connections,” says Donald Shaw.

“They are one of the great troubadours of fusion-trad music, a Highland band who have toured the world and played in venues like Sydney Opera house and Borneo World Music Festival.

“Very sadly their fiddler Angus R Grant passed away this year through cancer. So it’s a very special night. They are bringing in a lot of well-known fiddlers who have been inspired by Angus’s playing and by the band.

“I think there is something like 60 or 80 musicians involved.