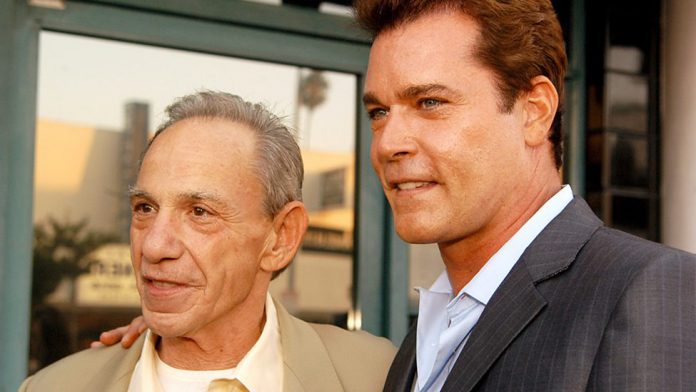 Twenty seven years since it burst onto the big screen, in a blaze of violent beauty, Martin Scorsese’s GoodFellas is rightly regarded as one of the greatest gangster movies ever made. And now this dark, delicious drama is back in cinemas nationwide, in a new 4k restoration, as part of the BFI’s Scorsese season.

Martin Scorsese turned the biography of a New York hoodlum, Henry Hill, into a cinematic masterpiece. But what about the man who wrote the book? I spoke to Italian-American author Nicholas Pileggi, who wrote Wiseguy, the bestseller which inspired GoodFellas. Scorsese read Pileggi’s book, and loved it, and invited Pileggi to co-write the screenplay. Pileggi’s recollections form a fascinating backdrop to Scorsese’s film. “I was a journalist since I was young,” says Pileggi. “Right out of college, I went to work at the Associated Press in New York City, in the mid Fifties. I was assigned to cover crime – I covered the police, I covered corruption. That period, in the 1950s and 1960s, was also the period that began to expose Organised Crime, as we came to know it.”

Nobody had written much about Organised Crime before. The subject became Pileggi’s speciality, and when the publishers Simon & Schuster bought the rights to Henry Hill’s life story, Pileggi was a natural choice to write it.

For anyone who hasn’t seen GoodFellas (or read Wiseguy), Hill was an Irish-Italian New Yorker who became a small-time gangster as a teenager, and grew up to become involved in many of the Mob’s illegal enterprises.

When he was arrested for a range of offences, including drug-dealing (which his Mob bosses had told him to stay away from), he agreed to testify against his fellow ‘wiseguys’ and was given a new identity, under the US government’s Witness Protection Program. This was where Pileggi came in.

Hill was no Godfather, but he’d spent his whole life in the Mafia. For Pileggi, this was a big attraction. “I thought, ‘It’d be great to do a story from the point of view of a middle level guy, or even a low level guy.’”

Pileggi spent several years with Hill, and the result was Wiseguy. “I tried to get behind the traditional Cops & Robbers kind of story.” This was what Scorsese liked so much. “I’ve been looking for this book for years,” he told Pileggi.