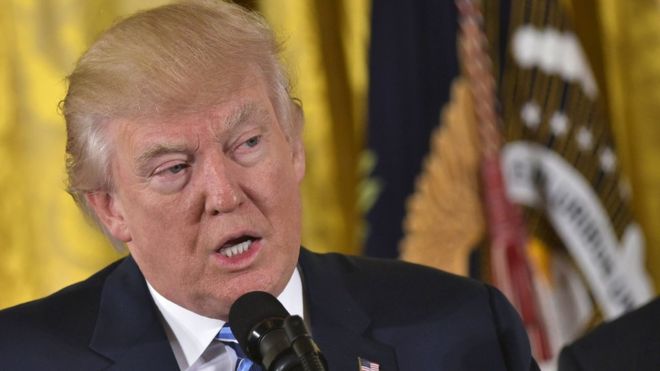 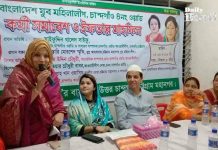 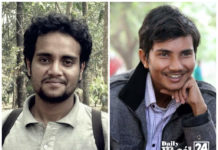 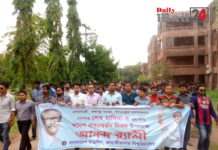 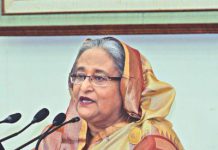 US President Donald Trump plans an action-packed Monday of meetings and issuing of executive orders, as he launches his first full week in office.

The Republican is hosting corporate and union leaders and is expected to sign a flurry of legally binding actions rolling back his predecessor’s agenda.

He will also receive an intelligence briefing, meet House Speaker Paul Ryan and lunch with the vice-president.

It follows Mr Trump’s weekend spat with the media over inauguration coverage.

Top executives coming in at 9:00 A.M. to talk manufacturing in America.”

The business leaders include executives from Whirlpool, Under Armor, Tesla, Lockheed Martin and Johnson & Johnson.

According to his schedule, the president will meet labour leaders in the afternoon.

It is not clear what executive orders he might sign, but on Sunday his administration said it was pondering topics ranging from immigration to Israel and the economy, including a possible overhaul of the North American Free Trade Agreement.

Mr Trump has blamed the trade pact with Mexico and Canada for depriving American workers of their jobs.

US media reports Mr Trump will sign an executive action to withdraw from the Trans-Pacific Partnership trade deal, which was a linchpin of Mr Obama’s pivot to Asia.

Mr Trump told Fox News last week that “Monday is really the day that we start signing and working and making great deals for the country”.

The US Senate will meanwhile consider the nominations of Mike Pompeo to be CIA director and Rex Tillerson to be Secretary of State.

Mr Trump said his conversation with Mr Netanyahu – who had a tense relationship with Mr Obama – was “very nice”.

A White House summary of the call did not mention Mr Trump’s plan to move the US embassy in Israel from Tel Aviv to Jerusalem, which would overturn two decades of US policy.

The Jerusalem Embassy Act of 1995 requires the US president to transfer the embassy to Jerusalem unless he certifies every six months that it is not in the national interest.

Every president since Bill Clinton has upheld the measure, and President Obama most recently did so on 1 December.

Mr Trump has until May to make a formal decision.

White House press secretary Sean Spicer said the administration was “at the very beginning stages of even discussing this subject”.

On Saturday, Mr Trump launched a stinging attack on media reporting of attendance figures and the weather at his inauguration.

During a heated exchange on NBC on Sunday, his senior adviser Kellyanne Conway said the White House had “alternative facts”, a phrase that quickly went viral.