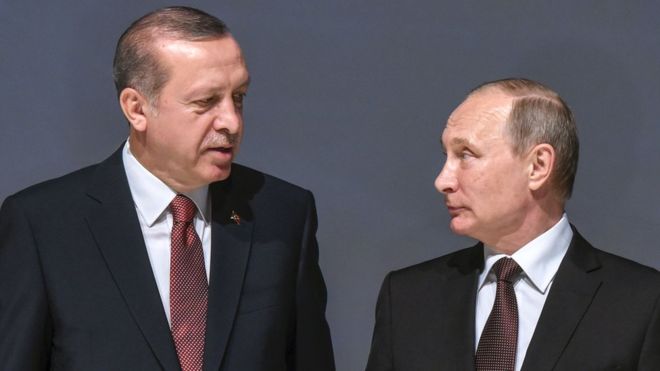 If the ceasefire brokered by Russia and Turkey holds, it will be welcomed by most people in Syria – but the odds seem stacked against it.

Several previous ceasefires have collapsed, and new clashes have already broken out in several parts of the country amidst sharp differences in interpretation of the latest agreement by the Syrian opposition and the regime of Syrian President Bashar al-Assad.

But not all past ceasefire attempts have failed. And this time dramatic shifts in Turkish policy towards the Syrian conflict may alter everything.

Political investment by major external powers is clearly critical for any ceasefire deal to succeed.

The “cessation of hostilities” that was brokered by the US and Russia in February 2016 produced a major drop in levels of violence in all regime- and opposition-held areas for some two months.

Its eventual collapse was likely, but not inevitable.

Other, more localized ceasefires were mediated by Iran in the city of Homs in May 2014 and January 2015 and by Iran and Turkey in the large towns of Zabadani, Foah and Kefraya in September 2015.

These were flawed and highly coercive arrangements that had to be renegotiated repeatedly, but they allowed the evacuation of fighters and wounded and some supply of humanitarian assistance.

But in seeking to encompass all parts of Syria not under Islamic State control, they are hostage to the two parties that have the least stake in a general truce: the Assad regime and Jabhat Fateh al-Sham, formerly known as Jabhat al-Nusra until ending its formal affiliation to Al-Qaeda last July.

Their gradual military escalation and counter-escalation was the principal reason for the ultimate collapse of the February cessation of hostilities agreement.

Already, the Assad regime has claimed that the latest ceasefire does not include Jabhat Fateh al-Sham. But opposition spokesmen say the opposite: that only areas under IS control are excluded.

The regime has lost no time since the ceasefire went into effect to mount fresh air strikes on areas north of the city of Hama known to be strongholds of Jabhat Fateh al-Sham.

The latter organisation has been striving for much of 2016 to become the dominant opposition force in the northwest of the country, and so there is a real risk that it will use the resumption of fighting as a means of splitting or radicalizing other rebel groups and bringing them under its fold.

Russia has sought to contain this issue by isolating Jabhat Fateh al-Sham from the rest of the armed opposition. Its announcement that the Islamist Ahrar al-Sham rebel movement, which it had previously designated as a terrorist jihadi group, had signed up to the ceasefire is a measure of how determined it is to make the agreement hold.