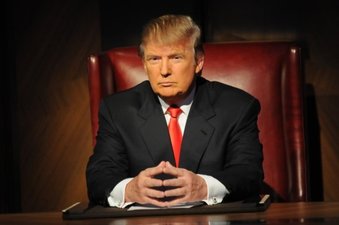 Started singing when I was just 4 years old: Saima Akhtar

As ever in the US presidential election, music played a part. Katy Perry stumped for Hillary Clinton and while Donald Trump could count some musicians among his supporters, like Ted Nugent and Loretta Lynn, he was largely opposed by stars from the world of pop.

But what of Trump and Clinton’s own musical passions? What songs do they sing in the shower? What music do they turn to at difficult moments for a pick me up?

In an attempt to find answers, we trawled their many books. In Clinton’s, there are interesting asides, like her daughter Chelsea being named after Judy Collins‘s version of Joni Mitchell‘s song Chelsea Morning and The Rolling Stones‘ (I Can’t Get No) Satisfaction being her teenage “catchall anthem for adolescent angst of all varieties”.

The Donald, on the other hand, goes deep on music, revealing a man whose musical life is just as surprising as every other part of his personality.

1. He was an early starter

“Even in elementary school, I was a very assertive, aggressive kid. In the second grade I actually gave a teacher a black eye – I punched my music teacher because I didn’t think he knew anything about music and I almost got expelled. I’m not proud of that, but it’s clear evidence that even early on I had a tendency to stand up and make my opinions known in a very forceful way.”

2. He’s a fan of classic singers, like Tony Bennett…

“There’s so much great music. For me, I’d have to say it’s a toss up between Frank Sinatra, Tony Bennett, and Elton John. I never get tired of listening to them and probably never will… Any album by any of them is bound to be fantastic.

“And besides that, Tony lives in one of my buildings.”

“And by the way, I also love Eminem.

“[Eminem, however, does not love Trump, judging by his recent track Campaign Speech.]

“I heard the guest band, Toots & The Maytals, practising out on the set [of Saturday Night Live; Trump co-hosted an episode in April 2004]. They sounded terrific, and I went out to listen to them for a while. My daughter Ivanka had told me how great they were, and she was right. The music relaxed me, and surprisingly, I was not nervous.”

5.He thinks Steve Reich is a great innovator

“I remember reading about a composer named Steve Reich who came up with a new idea called phasing, which is like windshield wipers going in and out of synch. Apparently he was caught in a traffic jam one rainy day and the rhythm of the windshield wipers caught his attention and he applied what he heard to his musical compositions. He has had a significant influence on contemporary music, and I think he’s a great example as an innovator. Sometimes new ideas can come from something as mundane and functional as your windshield wipers. The key is to pay attention and keep your brain and senses open to new stimuli.”

6.He believes he played a part in Lady Gaga’s success

“I own the Miss Universe Pageant and have made it very, very successful. One day my people came to me and told me about a young woman they called Lady Gaga, who nobody had ever heard of. We put her on as the entertainer in the middle of the pageant, which is broadcast internationally. I thought, ‘Wow, she is really, really good.’ The next day, it was crazy. Everybody was talking about how good Lady Gaga was… Well, she became a big star and maybe she became a star because I put her on the Miss Universe Pageant. It’s very possible…

“She’s a fantastic person, solid as a rock and I’m very proud of her success because I really believe I had at least something to do with it.”