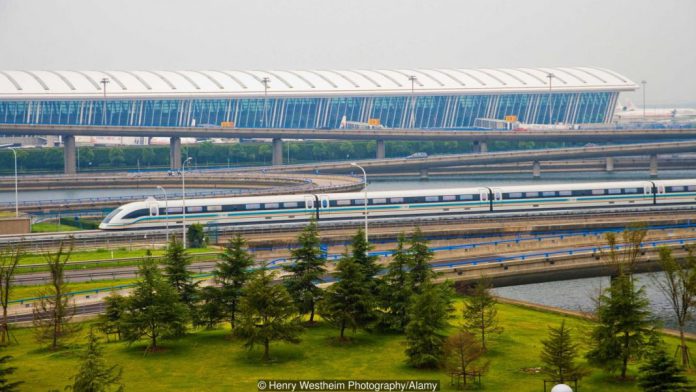 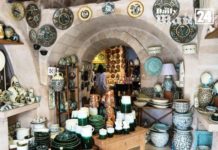 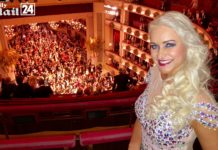 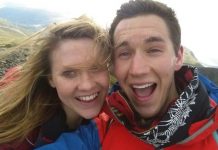 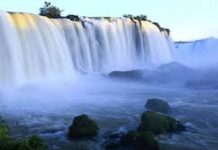 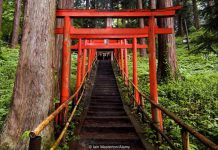 I stepped away from the check-in desk, boarding pass in hand. My flight was scheduled to depart Shanghai in just more than two hours, but instead of heading to the gates, I turned to walk away.

If I timed it right, there was a chance for one last adventure before I left China. I wanted to ride the fastest commercial train on the planet.

Shanghai’s magnetic levitation train connects Pudong International Airport to the city’s metro system, hitting speeds of 430kph, faster than one-third of the speed of sound. As the only publicly accessible maglev in the world, it’s a technological wonder you’d expect to find in a theme park, not on a transit map.

The train station sits in the middle of the airport, with signs guiding the way in Chinese and English along with a cool graphic of a train floating above a rail. It’s not artistic license. Instead of running on wheels, maglevs glide, eliminating the drag of friction. And the science is surprisingly simple. Anyone who has ever played with magnets knows that positive and negative poles attract each other, while two positives (or negatives) push each other away. Maglevs harness that repulsion by rapidly switching on and off electromagnets to propel the carriages forward at astonishing speeds.

I’m no trainspotter, but as a transportation nut, this was something I had to try.

It took several minutes to reach the station, where I found a ticket machine and surveyed my options. A roundtrip cost 80 yuan, much less than a pass for Shanghai Disneyland, I reasoned. There was even a first class option, but I passed it up, figuring that on the world’s most advanced train, economy is hardly slumming it.

And then I looked at the map and hesitated, realizing what I was about to do.

If everything went as promised, I would rocket 30km away from my boarding gate. When I arrived at the Longyang Road station less than eight minutes later, the idea was to exit and immediately catch the next train back. If all went as planned, the entire 60km round-trip would take less than 20 minutes.

If not, there was going to be an interesting conversation with an airline representative explaining why I had my missed my flight.

This was my last chance to bail. Sucking in my breath, I shoved a 100-yuan bill into the machine.

A moment later I stepped into a gleaming, gold-pillared entrance hall. A digital clock counted down the seconds to the next departure. Thanks to my hesitation at the ticket machine I had just missed the previous train, and it would be nearly eight minutes until the next one arrived.

Before the clock reached one minute, a sleek, white, four-carriage train hummed into the station. The doors slid open and I stepped into a clean, modern vehicle with blue corduroy seats. Nice enough, but nothing remarkable except for a digital clock and speedometer at each end of the carriage.

The moment the countdown clock hit zero, the doors shut and we slipped out of the station.

The train immediately accelerated, and, like a high-tech drag racer, it kept accelerating. In no time, the speedometer reached 100kph, then 200. With each milestone, the carriage grew more animated. I’d expected my fellow travellers to be nonchalant, flipping through their smartphones and ignoring the marvel of the trip. Instead they were giddy as school children.

At 300kph, passengers began standing in the aisle, posing for pictures in front of the speedometer. Landscape smeared by the windows. Inside the car, a white noise hum grew louder. “I feel like I’m flying,” yelled out Tin Nguyen, a visitor from California.

A moment later, we topped out at 431kph, hovering there just long enough to bask in the wonder. Then the train began to slow: 300kph, then 250. At 100, it felt like we were crawling.

I grabbed my bag, readying for a quick transfer. When the doors parted, I rushed toward the exit, but instead of turning left to leave the station, I turned right.

I slid my fare card into the turnstile, hurried to the platform and was surprised to find myself at the same carriage I had just exited. I could have stayed on board, saving the price of a roundtrip ticket. A maglev rookie error.

On the return journey I noticed new details about the experience, like the traffic that crawled on the highway parallel to the tracks and then disappeared into a blur as we gained speed. About four minutes in, several passengers rushed to one side of the train. I pried my eyes from the speedometer and noticed a momentary smudge out the window. It was another maglev speeding by in the opposite direction.

The train slowed, and soon I was retracing my steps to the terminal. This time I dutifully headed to security and immigration, which moved painfully slow. When I finally arrived at the gate, about half the flight had already boarded.

I slipped into line behind a couple I recognised from the check-in queue. They looked bored and a little glum, weighed down with bags from duty free. I couldn’t see what they had purchased, but I had no doubt I was going home with the better souvenir.