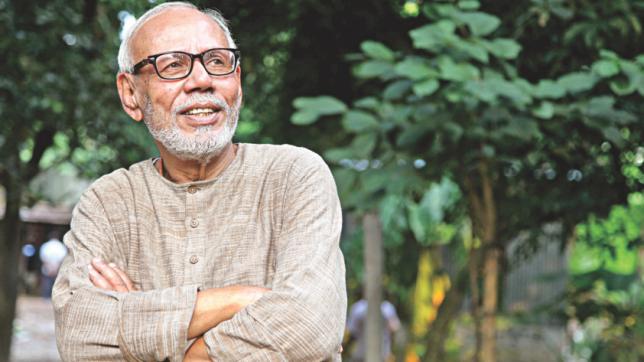 Actor, director, and screen-playwright ATM Shamsuzzaman’s foray into writing began when he was a student at school, long before the Ekushey Padak and National Film Award recipient harboured any ambitions to act. The actor has already penned quite a few poetry and novels, and now has undertaken the momentous venture of writing his autobiography. Titled “Shilpi Shongskriti O Amar Shilpi Jibon,” the book will be published and distributed by Bangladesh Shilpakala Academy.

Aside from detailing his life’s events, the book will also recount the art culture of Bangladesh and how it has shaped his career over the years. ATM Shamsuzzaman expressed his motivations behind the venture saying, “Shilpakala Academy expressed their interest that I write such a book. I have written how the national art culture fueled my passion to the point where I had to leave my home, and how it shaped my life and career thereafter. I highly anticipate the book’s release and the readers’ response.” The book is scheduled for publication and distribution soon this year.

Besides writing, the actor has appeared in “Ek Prithibe Prem,” a film directed by SA Haque Olike. He also plays one of the pivotal roles in the TV series “Noashal,” aired every Monday through Thursday on Rtv at 9:05pm.