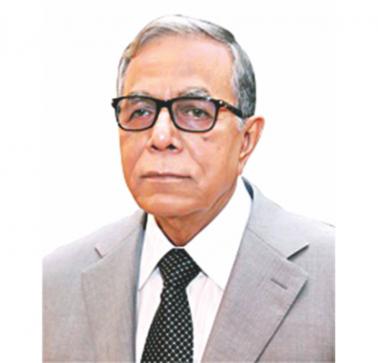 A huge amount of money is being swindled out of the country’s financial institutions through forgery.

Ensuring security of public money is the responsibility of all, he said.

The President was speaking at the SAFA Regional CFO Conference 2017 organised by Institute of Chartered Accountants of Bangladesh (ICAB) at a hotel in Dhaka.

Abdul Hamid said the sustainable use of ICT can play an important role in ensuring transparency and accountability in the country’s financial sector.

He hoped that the regional conference will help owners, directors and officials of the countries under the South Asian Federation of Accountants (SAFA) ensure transparency and accountability in their companies, and as a result, a culture of security will take place in financial sector.

About the corporate social responsibility, the president said private sector along with the public one can play a vital role in socioeconomic development and enhancing economic growth in the era of globalisation.

With the span of time, corporate culture has emerged as an important driving force to boost and expand economy along with the government venture. Huge investment has been made in the economy both from domestic and international sources for attaining sustainable development,&rdquo; he said.

The South Asia is one of the most potential sectors in the world while one-forth of the world’s pollution live in, said the president adding if the population of these countries could be transformed into human resources, a new dimension will be added in the development of this region.

As you all know that the main challenge of this region is poverty. The members of Saarc are fighting against this menace to free their people from the curse of poverty. The governments of this region have taken various initiatives and strategies in this regard.

He stressed the need for taking concerted efforts to address the issue both from public and private corners.

Hamid said he believes that the chartered accountants of this region have the opportunity to ensure transparency and accountability in financial management and good governance.