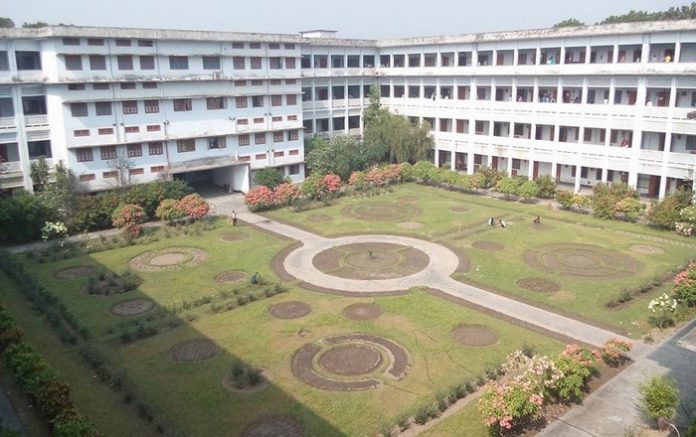 University authorities introduced the “33 credit system” in 2013, where if a student fails to get 33 out of 40 credits, She or he will not be allowed to move up to next session and will have to retake the whole year again.

Whereas previously, a student could move on to the next session even if they passed less than 33 credits and were allowed retake the subjects at a later date.

Around 150 students of 2014-2015 batches of different departments have been protesting the credit system by boycotting classes and examinations from 8:00am.

They also submitted a memorandum to the university vice chancellor in the morning.

When asked, Vice Chancellor Prof Rafiqul Alam Beg said the system was introduced in 2013 for the students’ own good and their demand for withdrawing it is illogical, reports our RUET correspondent.

However, the students had not consulted him regarding the matter before starting the movement, says the VC.

“Decision on the next course of action will be made after a meeting of academic council”, he added.