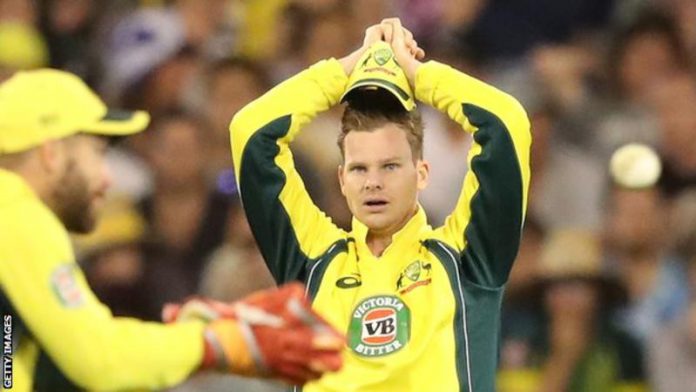 Smith, 27, was injured while fielding in Australia’s ODI win over Pakistan in the last match of their 4-1 series win.

Cricket Australia says Smith will have “scans to confirm the diagnosis” and is likely to “take 7-10 days to recover”.

Australia play the Black Caps on 30 January as well as on 3 and 5 February.

“It’s a bit of a shock,” said Smith. “I just landed really awkwardly on my foot and I felt something straight away.

“I was a little bit concerned, I’ve never really injured my ankle like that.”