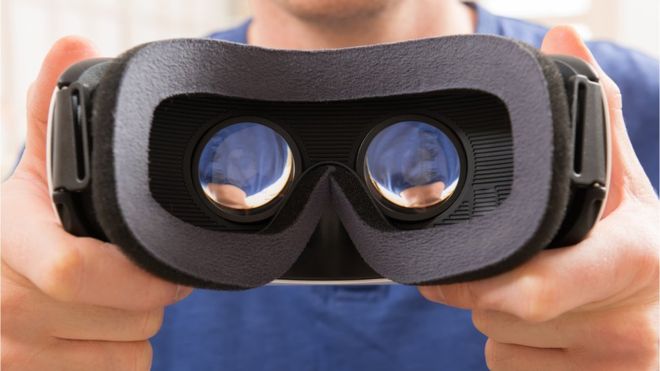 Virtual reality could be used to diagnose and treat visual vertigo, according to a team of Cardiff University psychologists.

People with the condition suffer from dizziness and nausea and often cite places with repetitive visual patterns, such as supermarkets, as the trigger.

A team of psychologists is working to develop virtual environments to help with diagnosis and rehabilitation.

The scientists believe the approach has “real potential”.

Dr Georgina Powell, of the School of Psychology, said: “We don’t know very much about what causes visual vertigo at the moment.

“There also are not many effective rehabilitation therapies available, so the aim of our project is to try and understand those two things.”

She said vertigo can be extremely debilitating, adding: “It can mean that a patient can’t leave their house because they feel so sick and nauseous every time they walk around in their visual environment.

The team said one of the most striking observations they had made about sufferers was the variation between what sparks their symptoms.

“So by using virtual reality (VR) we can have vast flexibility over the different types of environments that we can show to patients and we can find out what their individual triggers might be and then tailor specific rehabilitation therapies.”

‘We have a bucket ready’

Visual vertigo is often referred to as “supermarket syndrome” because large shops, with their cluttered shelves and repetitive aisles, can act as a catalyst to attacks.

“Other environments include walking by the side of a river, where you have motion one side of you but not on the other,” Dr Powell said.

“Generally they can only handle so much of the virtual reality images at one time – we have a bucket ready,” She added.

“But we give them lots of breaks and lots of water and monitor how they are feeling.”

Often, people with visual vertigo develop vertigo after suffering damage or illness related to their vestibular system – the apparatus of the inner ear involved in balance and space orientation – such as an ear infection. It can also be related to migraines.

Prof Petroc Sumner, who is overseeing the project, said it can be “very difficult” to rehabilitate.

“There are new patients every month and also repeat patients. So, because it can’t easily be fixed quickly, then the patients have to be seen multiple times – that takes up a lot of NHS time.”

He said the concept had “real potential”, especially as virtual reality becomes cheaper.