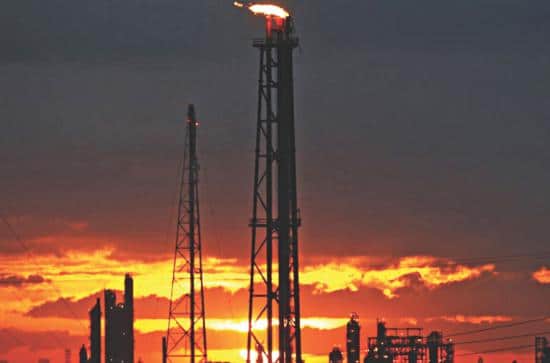 As with many industries now fretting over the uncertain future of US trade policy, the oil business is sizing up the potential impact of the various protectionist measures being bandied about Washington – which have sent crude markets into a tizzy.

The trade proposal with the most momentum may be the controversial tax reform, pushed by Republicans in Congress, that could slap a tax of up to 20 percent on all imports, including crude oil. That would spark a rise in fuel costs across the country that would hurt East and West Coast refiners more than those near the Gulf of Mexico.

It would also hit the pocketbooks of drivers and airline passengers, as refiners pass on the nearly $30 billion that the tax could cost them each year on crude imports.

“The consumer is really the one that suffers,” Cynthia Warner, executive vice president for operations at refiner Tesoro Corp, said earlier this month at a conference in Houston. Tesoro operates seven refineries: two in California, two in North Dakota and one each in Utah, Alaska and Washington.

The “border adjustment” tax could also redraw trade maps for global flows of crude and refined products. US crude producers would be the obvious beneficiaries as their overseas rivals bear heavy taxes on imports, which are used often by coastal refiners, especially those without direct access to US pipelines.

Higher prices for domestic crude would make pumping from more US fields economically viable – encouraging higher output from the shale patch and giving more momentum to a nascent recovery in the US shale industry after a brutal international price war.

While that likely would not put a big dent in the 7.9 million barrels per day (bpd) that the US imports, Goldman Sachs estimates that US oil exploration and production firms would benefit to the tune of $20 billion from higher domestic crude price and increased production.

Crude markets have been buffeted by the public back-and-forth between President Donald Trump and the Republican party over various tax proposals.

Contradictory signals from Trump sent the oil markets up and down in recent days. US crude fell to its biggest discount to Brent crude in five months last week after Trump appeared to poured cold water on the idea as “too complex”.

The next day, he said the tax would be discussed – and US crude rose relative to Brent.

Traders had speculated on the tax with an options bet that the value of US crude would rise above the global Brent crude benchmark. Trump’s comments caused volatility in trade of those options, which in turn impacted benchmark oil prices.

Investment bank Goldman Sachs estimated in a report this week the border tax proposal had a 20 percent chance of passing. But White House chief of staff Reince Priebus seemed to move the President closer to supporting the border adjustment tax on Thursday, in the context of discussing how to make Mexico pay for a security wall on US border with Mexico, his signature campaign promise.

Asked if Trump favoured a border adjustment tax, Priebus said such a tax would be “one way” of paying for the border wall.

Border taxes are part of a broader tax reform plan that is being pushed by Republican House Speaker Paul Ryan as an alternative to a variety of protectionist trade policies discussed in a more ad hoc way by Trump.

While Trump has threatened to impose tariffs on specific industries or countries in an effort to boost US manufacturing, Ryan’s border adjustment tax would tax all imports at 20 percent. Exports would be tax-free.

That could add more than $30 billion to the annual import bill for US refiners, assuming an oil price of $53 per barrel on the 7.9 million bpd of imports that fuel the world’s largest economy.

A steep rise in import costs would squeeze the margins of refiners dependent on foreign crude shipments such as Chevron and PBF Energy.

But all refiners would see feedstock prices rise if the tax pushed up domestic crude prices – and it would, because there is not enough US crude to meet demand.

That would be the equivalent of adding $300 to $400 per year to the average consumers’ gasoline tab, Barclays Capital said earlier this month.

Aside from oil refiners, automakers and retailers oppose the tax. Those against the measure include billionaire industrialists Charles and David Koch, who spend heavily to support Republican candidates and conservative policies and own a refinery that imports crude.

Republicans, who now control the House and Representatives and the Senate, say that if US companies want the lower corporation tax from its current level of 35 percent – a move supported by both Trump and Ryan – then they have to accept the border tax on imports.

The refining industry as a whole opposes the tax, which would separate it from the global oil marketplace. But East and West Coast refiners have more reason to worry.

Coastal refiners import more foreign oil and typically have a competitive advantage over inland counterparts in accessing imports because they can buy a wider range of crude oil in various qualities.

That advantage would evaporate with the tax.

“Anybody who is importing crude and not exporting very much – mostly refiners on the East and West Coasts – is going to be in a worse position,” said Sandy Fielden, director of oil and products research at Morningstar. “Their raw material cost will have gone up, and that will eat into their margins.”

Chevron, which operates two refineries in California with capacity of more than 500,000 barrels per day, is the largest importer of foreign crude, according to government data from 2016.

Phillips 66 said it was analyzing the potential impacts of such a law, while Chevron, Valero and PBF Energy did not respond to requests for comment.

West Coast refiners may feel the pinch less than those on the East Coast, because they have access to Alaskan crude cargoes.

US Gulf refiners would be on the best footing, traders say, because of their easy access to domestic and foreign supplies and proximity to export markets for tax-free fuel shipments out.