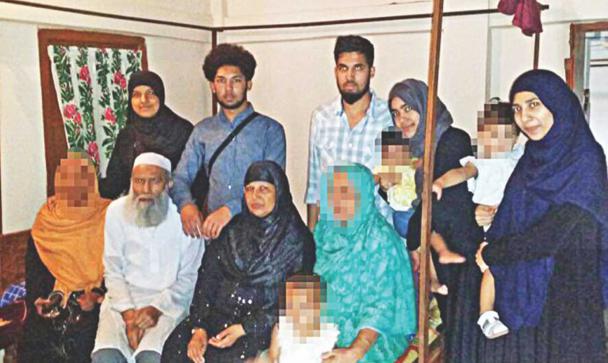 Radicalised Bangladeshis with dual citizenship have become a major challenge for counterterrorism surveillance by law enforcers.

Talking to officials dealing with militancy, The Daily Star has learnt that law enforcers have little information about Bangladesh-origin foreign nationals who secretly went to Iraq or Syria from abroad and joined Islamic State (IS).

With IS gradually losing battles in Iraq and Syria, its members are being driven out of their territories and forced to look for shelters in other countries.

Bangladesh-origin IS recruits, who have dual citizenship, might now want to come here for shelter as they would face arrest if they return to the countries they fled to join the terror group.

“We have already started communicating with different countries to collect information about Bangladeshis with dual citizenship who left the countries to fight for IS,” Monirul Islam, chief of the Counter Terrorism and Transnational Crime (CTTC) unit of DMP, told The Daily Star recently.

He admitted that they don’t have details about such IS men.

Investigators added that they suspect the number of Bangladesh-origin IS militants with dual citizenship would not be very small. They could not provide a figure.

“Such IS operatives have every chance of getting arrested if they return to the countries where they lived before leaving for IS territories as the authorities have detailed information about them,” said a top official of CTTC unit.

“So, having dual citizenship, they will try to enter Bangladesh. With no information about their conducts, the authorities here will not question their entry,” he added.

Another official said any such IS operative would not sit idle after entering Bangladesh. He or she would definitely try to recruit people and carry out attacks using experience in battlegrounds.

In May 2015, a Bangladesh-origin British family of 12 fled to the self-proclaimed caliphate of IS in Syria through Turkey after a month’s stay in Bangladesh.

They released a statement on July 4, 2015 confirming that they indeed entered Syria to join IS, according to the UK-based The Independent.

The family, from Luton, including a 75-year-old patriarch and a baby of one, said in the statement that “we are in the Islamic State” and “we feel safer than we have ever felt before”.

They had not been seen since May 17, having flown to their homeland of Bangladesh on April 10 and then to Istanbul in Turkey on May 11 — prompting Bedfordshire Police to launch an appeal to trace them.

About the Bangladeshis who don’t have dual citizenship and left the country to join IS, Monirul Islam, also an additional commissioner of DMP, said they will not be able to enter Bangladesh undetected since officials have info about them.

He said around 20 such Bangladeshis went to Iraq and Syria to join IS. Some of them have already been killed and a few have returned.

One such returnee is Sohan, sources in the CTTC said.

The Rapid Action Battalion had earlier said it arrested Gazi Kamrus Salam alias Sohan, an electric engineer, along with four other suspected militants in the capital in August last year.

Officials of another law enforcement agency, who interrogated Sohan in a case after his arrest, said he claimed to have gone to Syria but decided to return as he did not like the IS activities.

He was caught trying to cross the barbed-wire fence on the border by Turkish army and was handed over to police in May 2015. Three days later, he was sent back to Dhaka, sources quoted Sohan as saying during interrogation.

Others suspected to be in Syria include Junnun Sikder, a student of a top private university; Nazibullah Ansari, a marine engineer; and Mohammad Basharuzzaman, a private jobholder.

Besides, a five-member family of Rokonuddin, a paediatrician at a government hospital in the capital, is also suspected to be in Syria now.

Earlier, Bangladeshi youth Ashequr Rahman, son of an army colonel who died in the Pilkhana mutiny in 2009, was reportedly killed in a battlefield in Syria. He is named Abu Jandal Al Bangalee in Dabiq, a propaganda magazine of IS.