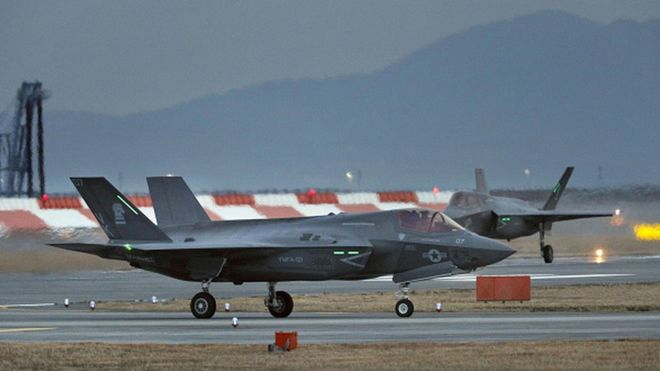 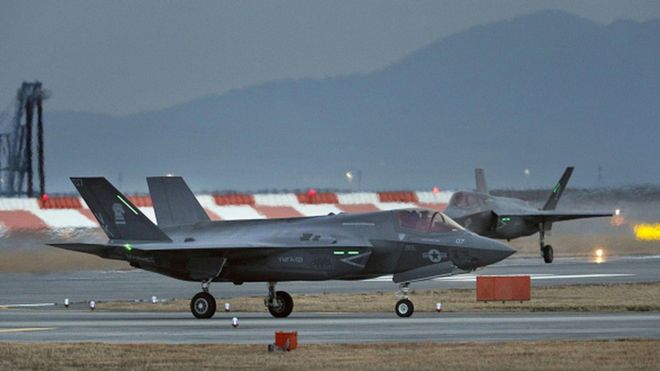 The US Department of Defense has announced a deal for 90 F-35 jets worth about $8.5bn for supplier Lockheed Martin.

The agreement brings the price for each stealth fighter aircraft below $100m for the first time, the Pentagon said.

The Pentagon says it will save around $728m compared with its last order.

US President Donald Trump has been vocal in his criticism of the price of the F35 programme.

Mr Trump tweeted in December that the costs of the project were “out of control”.

However, defence analysts have said that a subsequent discount, which Donald Trump announced at the end of January, was in line with what had been flagged by Lockheed and Pentagon officials for months.

Lockheed Martin said on Friday: “President Trump’s personal involvement in the F-35 program accelerated the negotiations and sharpened our focus on driving down the price.”

But the price per jet has been steadily declining as production increases.

The UK is to buy three of the fighter planes.

Lockheed, the main contractor, and its partners including Northrop Grumman, Pratt & Whitney and BAE Systems, have been working on building a more cost-effective supply chain to fuel the production line in Fort Worth in Texas.