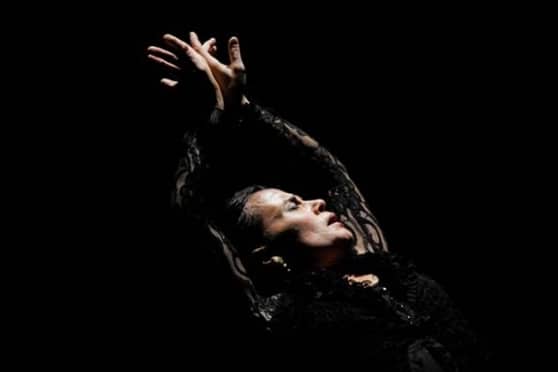 Noche Flamenca is recognized by many as the most authentic ﬂamenco touring company in the ﬁeld today. Its mission is to create a rigorous theatrical performance through song, music and dance that expresses a diverse aesthetic.

The group will be fronted by Soledad Barrio, a Bessie Award-winning dancer acclaimed for her “smoldering, do-or-die flamenco passion” (The New York Times).

Through its educational outreach and residency programs, Noche Flamenca seeks to educate and enlighten people of all ages and backgrounds regarding the authentic form of flamenco — a form born of ancestral cultural repression and racial expulsion.

Under the direction of Martín Santangelo, Noche Flamenca was formed in 1993 by Santangelo and his wife, Soledad Barrio, who was honored with a 2015 Dance Magazine Exceptional Artist award.

The company tours worldwide, including in New York City and performances in North and South America, Europe and Australia.

Noche Flamenca has received awards from the National Dance Project, the National Endowment for the Arts, New York State Council on the Arts, the MAP Fund, and the Lucille Lortel Award for Special Theatrical Experience, among others.