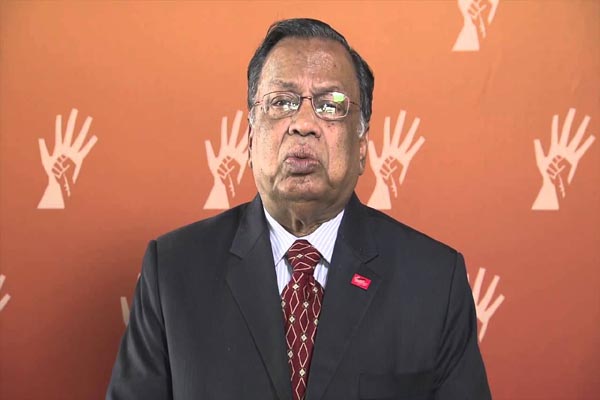 Bangladesh has requested its international partners to support it in implementing the relocation plan of Rohingya refugees to Hatiya by providing assistance in developing the island and transporting the Myanmar nationals living in Cox’s Bazar and Bandarban districts to the new place of their residence.

Foreign Minister AH Mahmood Ali made the request to Bangladesh’s bilateral, UN and other international partners while briefing the members of the diplomat community on the situation of Myanmar refugees and undocumented Myanmar nationals at the State guesthouse Padma on Sunday.

He informed the international community that the government of Bangladesh has decided to relocate this population to Thengar Char, an Island next to Hatiya Island in the Bay of Bengal to ensure humanitarian assistance to the Myanmar nationals.

While this remains a temporary arrangement for the Myanmar refugees, Minister Ali mentioned, Bangladesh would like the international community to take meaningful measures for the repatriation of this population to their homes back in Myanmar.

About 60 ambassadors, high commissioners, heads of missions, representatives of various diplomatic missions in Dhaka as well as representatives from Office of UNRC, IOM, UNHCR and other UN agencies attended the briefing that lasted over an hour from 3:20pm.