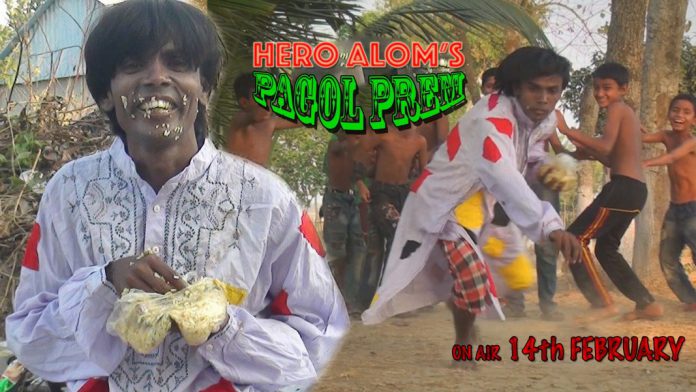 The World of Iris Brosch

BMW has followed the recent Google search for  Bogra’s HERO ALAM who left behind bollywood Badshah Salman Khan. He got through the rapid popularity beyond the boundaries of Bengal. Alam’s numerous modeling on music videos, short films and plays made him popular among the young generation of men and women on mobile phones. Within a short time he made his place in the hearts of entertainment lovers.

His upcoming new shortfilm  is going to be released on 14th February, on the Valentine’s Day “Pagol Prem”. The short film was shot at Sherpur District, Bogra. Ashraful Hossain (Alam) will be seen on lead cast. This short film is directed and written by Moshiful Alam. Hero Alam will be seen as a crazy lover. He has love gone astray away. Hero Alam’s crazy for love until the end of the road lying abandoned in a garbage-eating from the streets is tragic and pathetic.

This touching short film about the love of the hero is not just a film rather based on the true facts that keep happening around us everyday. Love has no boundary’s and has no limits, you can love anyone no matter whats his/her mental or physical state. There is some novelty in this year’s shortfilm. I hope the shortfilm is going to make a place in the viewers heart. Best of luck to THE HERO.