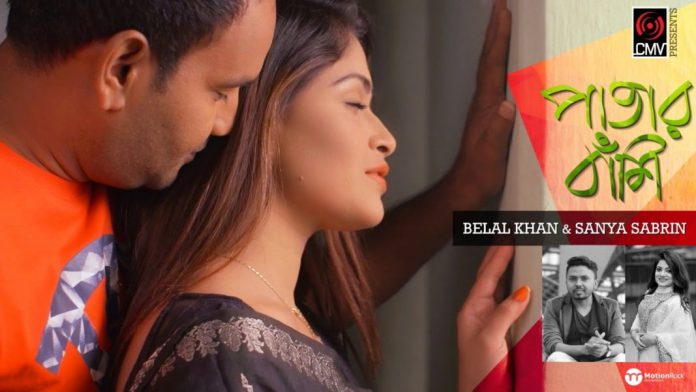 Belal Khan One of Country’s most talented musical star we have. This year he released his new song ‘Patar Bashi’ which went viral among the audiences. However, on this track even one video too has been released.

In the music video of ‘Patar Bashi’ Belal was seen beside a stair case and singing beautifully. However, he attracted his fan with his attire and loving voice.  His fan following prized this track and they are parsing the video and the story of the video, where an army officer comes back after a long time and meets his beautiful wife. Theme of the video has been accepted by all. Within a short time this video has got 66,786 views in you tube.

Commenting on track, Belal said, “I am happy that everyone accepted my video and loved my work. I want everybody should pray and support me so that I can come up with more good works”

CMM released the song “Patar Bashi”. Song is written by A Mizan, melody Belal himself and the female voice is of Sanya Sabrin, music video was directed by Topu Khan.