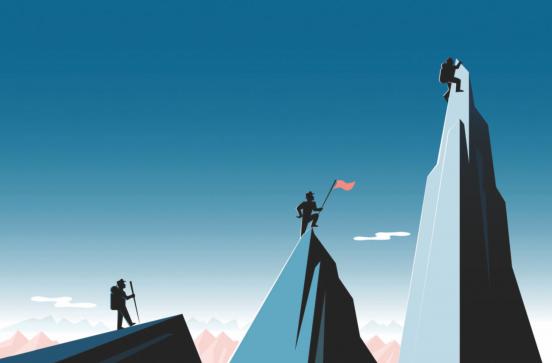 Bangladesh economy’s impressive growth performance over the past two and half decades has raised hopes about the country’s transition towards a middle income country as well as its graduation from the least developed country (LDC) status in the near future. In 1990, in the global ranking of top gross domestic product (GDP) of countries (in PPP, constant 2011 USD), Bangladesh’s position was 50th. Impressively, by 2015, Bangladesh could improve its position in this ranking to 31st. According to PricewaterhouseCoopers (PWC) projection, Bangladesh should become the 28th largest economy by 2030 and 23rd largest economy by 2050 (see www.pwc.com).

In the 7th Five Year Plan of Bangladesh, the aim is to achieve 8 percent growth rate in GDP by 2020. The government’s other vision documents project for a 9-10 percent growth rate in GDP by 2030. Furthermore, the Sustainable Development Goals (SDGs) put forward a number of stiff economic, social and environmental goals and targets to be achieved by 2030.

During the past two and half decades, the major features which outline the growth and development processes in Bangladesh include both internal and external factors and their interactions. The major internal factors include an overall stable macroeconomy, large expansion of the private sector, robust growth in exports driven by the performance of the readymade garment exports, robust growth in remittances, resilient growth in the agricultural sector, a reasonably stable political situation (albeit with sporadic political conflicts and clashes), some expansion of social protection programmes and wide coverage of the economic and social activities of non-governmental organisations (NGOs). The major external factors include favourable market access in major export destinations, reasonably stable economic conditions in major trading partner countries, stable political relations with neighbouring countries leading to some degree of regional cooperation, and “weak” financial linkages with the global economy which cushioned Bangladesh from the Global Financial Crisis.

The growth and development processes in Bangladesh over the past two and half decades contributed to some important positive economic and social as well as some structural changes in the economy. Now the fundamental question is whether Bangladesh can achieve the aforementioned statuses with the business as usual growth and development processes. Furthermore, what does it mean for Bangladesh to climb up in the GDP ranking ladder as far as meeting those stiff economic, social and environmental targets are concerned? These concerns are reinforced by the fact that Bangladesh is now facing persistent development challenges such as lack of economic and export diversification, poor physical infrastructure, poor working conditions, low productivity of labour, shortage of skilled workers, a high degree of informality, technological bottlenecks, low tax-GDP ratio, sluggish private investment and very high invisible costs of doing business. Furthermore, the emergence of “new-protectionism”, fuelled by Brexit and the recent presidential election in the USA, has posed worrying uncertainly and associated challenges in the global trade regime, which is not conducive for countries like Bangladesh.

All these suggest that the Bangladesh economy is now at a crossroads. The country needs to have important “breakthroughs” in several areas of policy making and institutional processes to achieve the aforementioned ambitious targets:

Second, the country needs to improve the tax-GDP ratio substantially from its currently poor level of around 10 percent. Bangladesh has one of the lowest tax-GDP ratios in the world. In Bangladesh, a large section of the population (able to pay taxes) as well as a large section of economic activities, are outside of the tax coverage. Also, structural factors such as large informal economy and low literacy have hindered tax collection. Though, the country has undertaken some reforms, they have proved to be less successful due to various institutional weaknesses and vested political patronage. The fiscal policy process, therefore, needs a “breakthrough” where there should be a strong political commitment on simplifying tax systems, strengthening tax administration, and broadening the tax base under a wider reform agenda aiming at improvement in governance and business environment as well as formalisation of the economy.

Third, a major “breakthrough” is needed in the monetary policy too. The monetary policy by the Bangladesh Bank has been, in general, able to maintain a so-called stable status quo; but has failed to generate a big push for accelerating private investment, which is much warranted at this moment. Recent banking scams and escalation of non-performing loans show major institutional weakness of the financial sector. Furthermore, mere lowering of the interest rate is not enough for private sector credit expansion. There are numerous other challenges with respect to business environment, which the private sector faces, and these need to be addressed under the broader reform agenda mentioned above.

Fourth, a visible “breakthrough” is indispensable in attracting both domestic and foreign investments. Weak infrastructure, poor business environment and risk of political conflicts are critical problems for Bangladesh to attract both domestic and foreign investments. Few Special Economic Zones (SEZs) need to be geared up very soon for regaining investors’ confidence. In this context, a major departure is needed in terms of enhancing the government’s institutional efficiency to ensure timely delivery of such projects. Furthermore, there is a need for strong commitments from the political elites in Bangladesh for necessary economic and institutional reforms towards realising the bright prospects of SEZs. Undoubtedly, political stability and avoidance of economic policy reversal can ensure the success of the SEZs.

Fifth, given the growing uncertainty in the global trading regime, Bangladesh has to pursue the south-south trade and economic cooperation agenda more than ever. There is a need for an important “breakthrough” in the mindset of the policy makers in Bangladesh, so that the country is able to be in the driving seat for meaningful trade agreements with leading southern countries.

Finally, an important “breakthrough” is needed with respect to achieving social and environmental targets under the SDGs by 2030, as the business as usual process would in no way help us to get there. We should also understand that mere economic growth (resulting in climbing up in the GDP ranking ladder) is not the sufficient condition for ensuring meaningful social and environmental developments as envisaged in the SDGs. The need for effective economic and social policies and programmes as well as improvement in economic and political institutions is now more than ever.