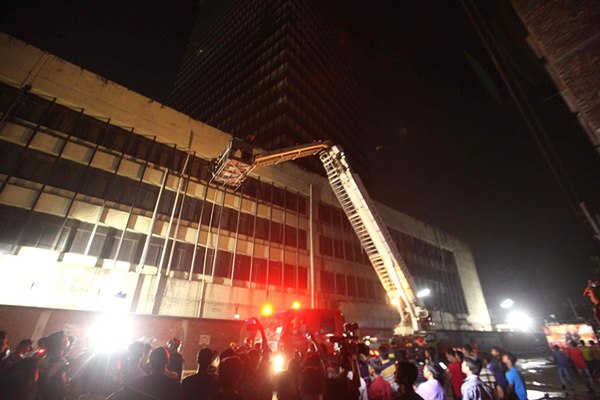 Fire caught in Bangladesh Bank building is ‘suspected to be originated from an electric heater.’ Said the head of the investigating committee

Citing initial investigation into the fire that broke on the 13th floor of the building on Thursday night, he said the heater remained plugged in after the officials left the building in the afternoon.

“The (wall) was superheated in 7 to 8 inches of the area from the socket of the heater. The heater was also there. It can be naturally understood how the fire originated there,” he said.

“The fire reached within an area of 1,000 square feet. The origin of a fire can be guessed by inspecting the colour of the wall. The place became white while the other portions were dark,” he added.

The fire erupted at the Foreign Policy Department of the Bank at around 9:30pm on Thursday, and the firefighters doused it after around an hour.

“It appeared so big because the burnt aluminium roof created a huge smoke,” he added.

He also said police took away the heater and a computer CPU. Bangladesh Bank has filed a General Diary or GD at Motijheel Police Station over the fire.

Among a little hope of recovering the foreign exchange reserves stolen from the central bank’s account at Federal Reserve Bank of New York, the BNP has alleged the fire was part of a ‘conspiracy’.

Samarendra said the committee was also checking whether the incident was an act of sabotage.

“We have received CCTV camera footages. We will see who entered or left the building from 6pm to 9:30pm on that day,” he added.

The committee was given a week to submit a report