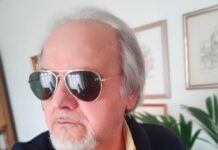 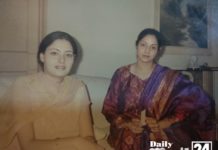 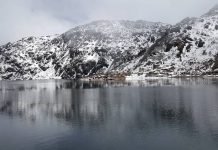 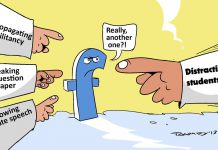 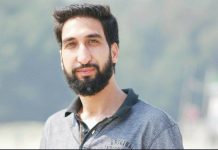 Everyday in Every way i am feeling better and Better.

The word “Perception” means an ability to perceive things. It varies from person to person. It is also a process by which people translate sensory impressions into a coherent and unified view of the world around them.

Let’s take an example: let’s look at our perception of words. Each letter of the alphabet is in itself a singular letter. When we perceive words, we think of them as one singular unit that is made up of smaller parts called letters. It is through this organisation of letters into words that we are able to make something meaningful. That is, we perceive an entire word, and this word has a specific meaning that can be found in the dictionary.

Another example: For example, before parents feed their babies microwaved food, they taste it in order to make sure that the temperature isn’t too hot. This involves using sensory information (touch and taste) to make sure that the food is not dangerous for the infant. Before we cross a busy street, we rely on our hearing and sight to make sure a car is not coming. Without the sensory information, we would not be able to judge which food was too hot or when an appropriate time to cross the street would be, which could put us and our children in danger.

Before I will go further little deep into this word perception, I really want to share this small story with you.

A boy and girl were walking hand in hand, While passing through a house a man who saw them first said “see how shamelessly a couple is walking without caring or respecting the elderly people around” What has happened to our culture.

The  boy and girl didn’t bother and walked on and a man who knew them smiled at them. While smiling at the boy and girl the man twitted Ah! Wish my children would live like them. They are the best siblings  i have ever seen. So the story tells us that it is all about what we perceive about others. The first man who saw them  thought they are the shameless couple and the second person who knew them  wished his daughter and son would become like them.

They are the best siblings  i have ever seen. So the story tells us that it is all about what we perceive about others. The first man who saw them  thought they are the shameless couple and the second person who knew them  wished his daughter and son would become like them.

We always come to the conclusions without knowing the facts, sometimes without doing that work or with appearing for an examination or  an interview . we say that we can’t pass this exam or can’t clear this interview but when we hear from anyone that interview was easy or exams were too easy we regret our decisions.

I did an activity on perception with my trainees. I gave them white sheets and asked them to close their eyes. They had to listen and not to repeat anything. I told them several times to fold the white sheet and cut it in the middle and corner.

When the trainees were asked to open their eyes and slowly open the folded sheet in their hands they were surprised to see none of the sheet was matching. Here is what i described to them as why this happened.

This is called your mental ability to perceive things. When I said to fold the paper, every one of them had different perceptions in their mind and some of them folded the paper in half some of them full, few folded the one corner of the paper.  In the same way when I said to cut the paper, few of the trainees cut in the middle, corner or their right or left-hand side. So this tells us how they responded to the signals of their nervous system.

Apart from the Amodal, Color, speech, of harmonic and rhythmic perception (Which is not important to discuss at this point of time) there is an important perception type that is called Depth Perception. Depth perception acts as one of the types of perception psychology.

It relates to the way the human eye identifies and contextualizes things in space. For instance, This is the perception which makes us imagine/think about others. For example

A guy who was very happy going to a dance club one day with his friends suddenly sat in a corner and didn’t join his friends on the dance floor. Different people had different perceptions coming in their minds. Few of them said He is always boring, someone said, He is no youth now.

Few perceived that he is not feeling comfortable with the girls around but the fact was only known to the guy sitting in a corner and smoking. He may have a rough day, a harsh conversation over the phone, missing someone, or he might have promised someone not to do clubbing anymore? The people around him were thinking as per their Depth Perception.

So again, the above story teaches us a very important lesson as not to be judgmental without knowing facts around!

This is going too long, isn’t it?  I know. Alright let me cut short this write up with a Beautiful another real life Story.

A man was taking his morning walk at the beach, He saw that along with the morning tide came hundreds of starfish and due to morning sun rays, they would die. The tide was fresh and the starfish were alive.  The man took few steps, picked one and threw it into the water. He did that repeatedly. Right behind him, there was another person who couldn’t understand what this man was doing. He said” “There are hundreds of starfish. How many can you help? What difference does it make?”

This man did not reply. Took few more steps, picked up another one, threw it into the water, and said,” it makes a difference to this one

The writer is a Lifeskills Consultant and  has worked with many international organisations globally, Views are personal and not from the organisation he works for