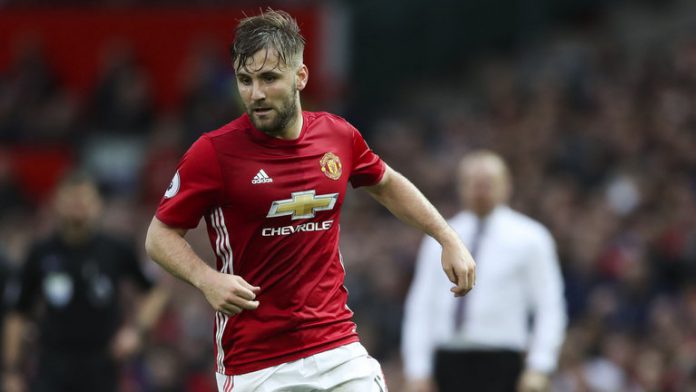 Luke Shaw is back in the Manchester United squad for Tuesday’s game with Everton after holding clear-the-air talks with Jose Mourinho, Sky sources understand.

The defender was left out of the 18-man squad to face West Brom on Saturday with the United boss saying he was “a long way behind” his team-mates in his fitness and commitment.

Mourinho added: “I cannot compare the way he trains, the way he commits, the focus, the ambition.”

The full-back is believed to have asked for a meeting with the Portuguese coach at United’s training complex on Monday and was later seen checking into the team hotel ahead of Tuesday night’s clash against Everton at Old Trafford.

Shaw, signed from Southampton in 2014 for a fee in excess of £30m, has made just two appearances in four months and last featured for United a month ago in the 1-1 draw with Bournemouth.

“The harshest possible comments that can be levelled at you is that you don’t train hard enough,” he told the press.