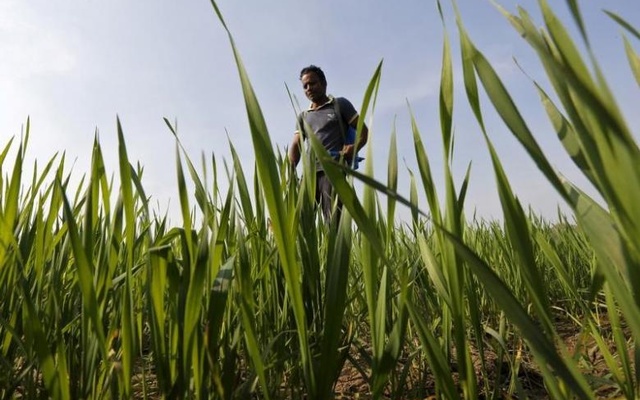 Bangladesh offers to help India combat wheat blast. Warning that wheat blast could be “catastrophic” for South Asia, scientists from Bangladesh, which was ravaged by an outbreak of the disease in 2016, have offered to help their Indian counterparts tackle the deadly fungal foe, reported in India for the first time this year.

Following the first sightings of wheat blast in India in Bengal, experts at the Bidhan Chandra Krishi Viswavidyalaya (BCKV) in the state have sought to fully understand the pathogen in collaboration with scientists at Bangabandhu Sheikh Mujibur Rahman Agricultural University (BSMRAU) in Bangladesh, given their experience in the matter.

“Through the collaboration with scientists from Bangladesh, we can step ahead as they are already continuing their studies from 2016. So their experience will help us. This kind of research will help even other countries of Southeast Asia where the disease is predicted to occur,” Sunita Mahapatra, Assistant Professor, Plant Pathology, BCKV, Nadia, told IANS.

Mahapatra is waiting for the go-ahead from the Indian Council of Agricultural Research.

Wheat blast is caused by a fungus known as Magnaporthe oryzae although scientists are still debating its exact identity.

Mahapatra says the disease, that periodically devastates crops in South America, has been detected in wheat in the Bangladesh-bordering Murshidabad and Nadia districts of Bengal in February. Wheat on at least 1,000 hectare in the two districts has been riddled with the fungus.

“ICAR, Indian Institute of Wheat and Barley Research and the Agriculture Department of the state government took immediate measures and decided to burn all the infested fields to stop its spread as well as its survival for the next season,” Mahapatra said, adding initial investigations have confirmed the presence of the fungus.

Now, with the wheat harvesting season knocking on the doors, there is an urgency to “know the enemy”.

Wheat blast was first sighted in Brazil in 1985. In February 2016, the disease emerged in eight districts of Bangladesh and became an epidemic — the first reported outbreak outside South America. In Bangladesh, the fungus led to yield loss of up to 90 per cent in more than 15,000 hectares of crops last year.

In its aftermath, Md. Tofazzal Islam and his team at BSMRAU developed a convenient and rapid molecular diagnostic tool for detection of wheat blast in seeds, asymptomatic plants and alternate hosts.

“Indian researchers are welcome to collaborate with us for precisely determining the genetic identity and origin of wheat blast in India. We are ready to help them analyse Indian samples by field pathogenomics analytic methods and molecular diagnosis that we have developed,” Islam, Professor and Head of the Department of Biotechnology at BSMRAU, told IANS.

“This pathogen causes a destructive disease on rice and it would be disastrous if the same situation arises now in wheat,” he warned.

Through genomic analysis and bioinformatics studies, Islam and 31 researchers from 14 institutes spanning four continents collaborated to trace the lineage of wheat blast in Bangladesh to South American Magnaporthe oryzae.

British and Bangladeshi teams are making raw genetic data for the wheat blast pathogen available on the Open Wheat Blast website. One of the key collaborators is Sophien Kamoun of Britain’s The Sainsbury Laboratory in Norwich.

“Our ultimate goal is to develop a durable blast-resistant wheat variety for the farmers,” Islam explained.

“We also need to find out the ancestor of the pathogen, from where it came, study pathogen behaviour, distribution of the pathogen, immunity in the host or resistance and so many other aspects that we need to solve before the next season of wheat harvesting — as soon as possible . So, if we work together, then our work will be faster as well as fruitful,” reasoned Mahapatra.

Islam believes spores (reproductive units) of the fungus, that can travel via wind for six km or more, were responsible for the spread of the disease in Bengal.

Similarity of weather in the Bengal districts and across the border also favoured its dissemination, Mahapatra felt.

“Wheat blast needs no passport or visa for crossing geographical borders. It poses serious threat to future food and nutritional security of South Asia. If delayed, wheat blast can be catastrophic in South Asia,” added Islam.

According to data on the International Maize and Wheat Improvement Center (CIMMYT) website, South Asia is home to 300 million undernourished people and inhabitants consume over 100 million tonnes of wheat each year.