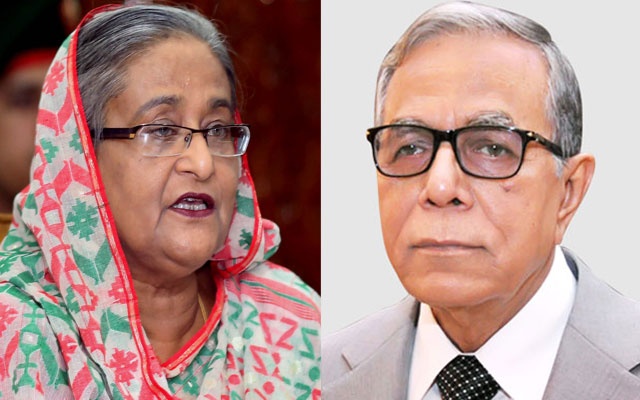 President M Abdul Hamid and Prime Minister Sheikh Hasina, in separate messages, on Sunday called for making film a major weapon to root out terrorism and militancy to build a non-communal society imbued with the spirit of Liberation War.

They greeted all artistes, technicians, directors, producers and others concerned as the National Film Day-2017 will be observed tomorrow (Monday).

They recalled that Father of the Nation Bangabandhu Sheikh Mujibur Rahman, understanding the impact of films on society, tabled a bill in the provincial assembly of erstwhile East Pakistan for the formation of Film Development Corporation (FDC) on April 3, 1957 as the then Industries and Commerce Minister and in continuation to that FDC was established.

The President, in his message, said the declaration of April 3 as the National Film Day by Prime Minister Sheikh Hasina is a great decision.

He said film is a powerful medium and its role is immense in creating awareness and development of society.

Abdul Hamid said few derailed youths nowadays get engaged in terrorist activities, including militancy, which is a threat to the country.

He called for upholding the history of Independence Movement and Liberation War to infuse the spirit of Liberation War into the youths for the sake of the nation.

The President urged the filmmakers and other concerned to produce films in congruity with the country’s national history, heritage and culture which will foster humanitarian qualities side by side with entertainments.

Prime Minster Sheikh Hasina, in her message, said the Awami League government has implemented massive programmes for the development of film industry in the 8 last years.

She said that her government has increased the amount of donation for making quality films.

The National Film Policy is being formulated, she said, adding that her government has set up the Film and Television Institute to develop meritorious and efficient manpower for film industry.

The Prime Minister further said that the government is contemplating to set up modern and digital cinema halls.

Construction of Bangabandhu Film City on 105 acres of land at Kabirpur in Gazipur district is underway, she added.

She urged filmmakers to uphold the spirit of Liberation War and the native culture through producing realistic movies and expressed her hope the country’s films will play more effective roles against terrorism and militancy and communalism.