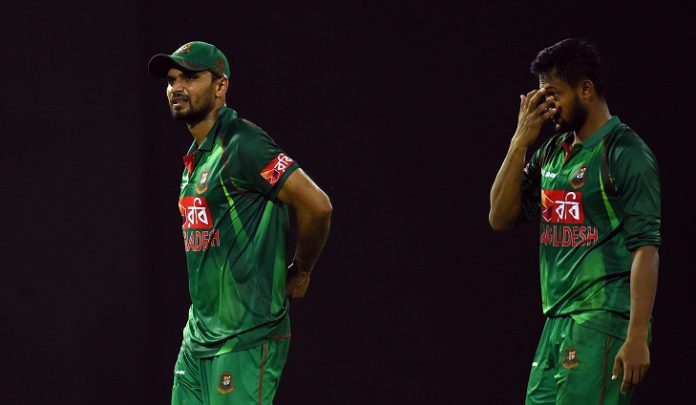 Shakib Al Hasan and Mashrafe Mortaza walk after being defeated by Sri Lanka during the first T20. AFP Photo.

He made the announcement during the toss interview of the first 20-over affair at the R Premadasa Stadium in Colombo.

The BCB boss has hinted the name of ace all-rounder Shakib Al Hasan as their choice to provide the captain’s arm band for next two years. The honorable member of national parliament has revealed this while talking to media in Colombo, with less than 24 hours after the retirement decision of Mashrafe Bin Mortaza.