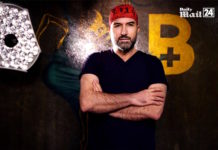 The distance between dreams and reality is called Doctor B 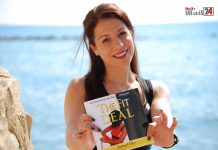 Fitness was in my blood: Fitness coach Suzanna Helena 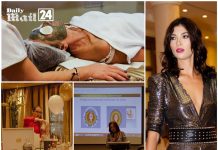 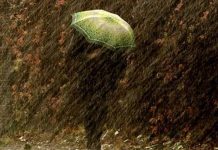 Tobacco companies are still flouting the law after one year after rules of printing the graphical health warning on pack made mandatory, a study finds most.

The tobacco industry rather resorted to fresh “ill tactics” to undermine the implementation of the law, anti-tobacco group Progga which was involved in the study said.

“The government needs to strengthen the National Tobacco Control Cell so that they can monitor the market effectively,” Progga Executive Director ABM Zubair told bdnews24.com.

The law was passed in the parliament in Apr 2013, but it took 22 months to adopt the implementation rules mostly due to industries pressure. Then again, it took a year to implement the graphic health warning.

High taxation and graphic pictorial warnings are known as the most effective measures to deter smoking and reduce tobacco sales. The law in this regard came into force Mar 19, last year.

Package warnings are recognised worldwide as a highly cost-effective means of increasing awareness of the detrimental effects of tobacco, and of reducing its usage. It even helps those who cannot read to understand the devastating impact of tobacco usage.

But instead of printing the images on the upper part of the pack as stipulated in the law’s provision, tobacco industry lobbies managed the health ministry to print the warning pictures in the bottom of the pack where they attract less attention, an issue that bdnews24.com earlier reported.

“Most of the companies are not complying the rules entirely,” Zubair said, adding that the health ministry has given them seven conditions while printing the warning message and not obeying any of them can “lessen the impact”.

For example, he said, the picture must be clear so that the devastating images of injuries can draw attention to all even who cannot read. “But if you print a grainy photo, then they will not understand it. It will reduce the impact”.

He said local hand-roll cigarettes such as ‘bidis’ and smokeless tobacco such as ‘jorda’ which are packed in round or cylindrical packs are also taking the advantage. Due to their pack’s size, the picture cannot be displayed properly.

“It also creates less impact,” Zubair said, industries made the law “less effective” at the beginning by convincing the health ministry to print it at the lower half of the packs.

He suggested adequate manpower at the health ministry’s National Tobacco Control Cell so that they can monitor the market properly.

An organisation naming ‘Action for Smoking and Health Bangladesh (ASH Bangladesh)’ has held an anti-tobacco human chain in front of the National Press Club on Feb 18.

The organisation has demanded to divest government share from British American Tobacco Bangladesh (BATB) and also underscored the implementation of FCTC Article 5.3 to protect the public health.

“Initially it appears that the organisation is an anti-tobacco platform, but the entire ‘show-off’ is done with the assistance of the tobacco company,” Zubair said.

“To everybody’s surprise, they filed a petition at the High Court that halted a move to force the tobacco companies print the graphic health warning at the upper part of the pack.

“It made us clear that they are deployed by the tobacco industries. Industries resort to such kind of tricks in different parts of the world, and now they are doing that in Bangladesh also,” he said, “industries are applying fresh ill tactics to undermine the law”.

Earlier, based on a joint writ petition by anti-tobacco groups such as PROGGA, UBINIG and Pratyasha, a High Court bench on Sept 8 last year issued a rule asking the government why printing the warning on the lower portion of tobacco packets “shall not be declared as illegal and outlawed”.