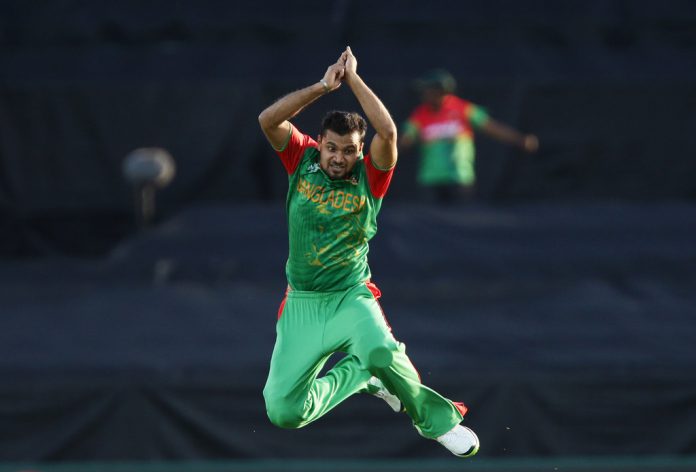 Bangladesh won the second and the final match of the two-match T20 series against Sri Lanka by 45 runs on Thursday night at R Premadasa Stadium in Colombo.

Sri Lankans are chasing a target of 177 runs set by the visitors in the second and final match of the two-match T20 series against Sri Lanka on Thursday evening at R Premadasa Stadium in Colombo.

At present Sri, Lankan batters are batting on 119 after losing 7 wickets at the last ball of the 16th over.

After Shakib’s strike, Mahmudullah Riyad and Mustafizur Rahman sent back Tharanga and Gunaratne to the pavilion accordingly.

After Gunaratne, Mustafiz sent back TAM Siriwardana on the next ball of the same over.

On his final over and 13th over of the match, Shakib al Hasan struck again and picked up Thisara Perera’s wicket. Perera was stumped by wicketkeeper Mushfiqur Rahim.