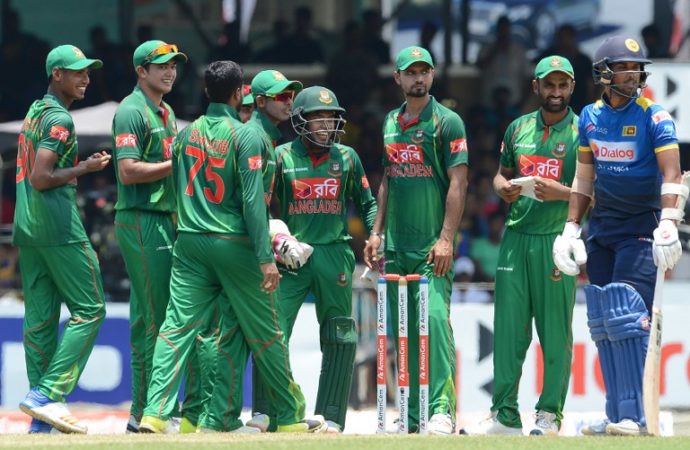 Tigers will play their second and final T20I against host Sri Lanka on Thursday at R Premadasa Stadium in Colombo, looking to end their tour on a winning note

More importantly however, the Tigers will be desperate to give departing T20I skipper Mashrafe bin Mortaza the perfect send-off.

Emotions are running high in the Bangladesh camp after charismatic captain Mashrafe decided to call it a day as far as the shortest format of the game is concerned.

And it was no different for youngster Mosaddek Hossain who said they are extremely motivated to give Mashrafe the farewell that he deserves.

“There is no alternative to winning now. But I can personally say we will play the second match for Mashrafe bhai, to gift him a winning send-off,” Mosaddek told the media on Wednesday.

Mosaddek, who scored an unbeaten 34 in the first T20I, admitted that they were 20 runs short against the Lankans in the series opener on Tuesday.

“T20I is different from the ODI format. Players have to me more aggressive in T20Is. I think we were 20 runs short in the first T20I. If we had scored 20 more runs then the scenario of the match could have been different,” he said.

“I think our batsmen are batting well at the moment. Everybody is in good touch. So if the batsmen can perform more clinically then we can achieve a positive result in the second and final T20I. It has been a good series so far for me as a batsman. I would like to perform well [Thursday] to contribute for a team win. We would like to end the series on a high,” he added.

Bangladesh are likely to play the same playing XI but it was learnt that off-spinner Mehedi Hasan Miraz might debut on Thursday. The decision however, will very much depend on the nature of the pitch and the final decision will only be taken hours before the match gets underway.

In contrast, the Lankans are in high spirit at the moment. They have turned around after their first ODI defeat against the Tigers in Dambulla, producing a clinical performance in the first T20I. The returns of Lasith Malinga, one of the best cricketers in the shortest format, and the experienced Nuwan Kulasekara have boosted their bowling.

To add to that, they have plenty of big-hitters in the squad to turn the match their way in the blink of an eye.

Both teams rested on Wednesday and did not train.

Generally, batting first at the venue is a good choice for the team who win the toss. There is a chance of light shower in the evening.

Sri Lanka have a good T20I record recently as they have won four of their last five matches while it makes for grim viewing for Bangladesh, who have lost all of their last eight T20Is.