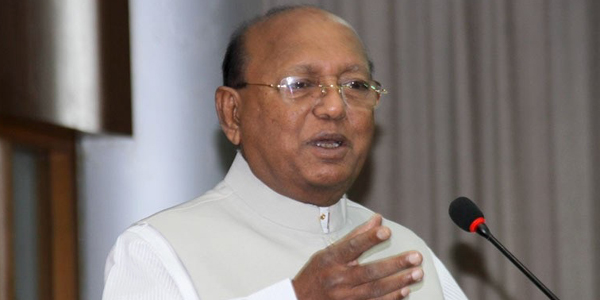 Tofail Ahmed Minister of Commerce said that any treaty with India will be bilateral and beneficial for both nations.

Tofail Ahmed also said both Bangladesh and India are sovereign states and as such, treat each other with mutual respect.

The minister, at an Awami League conference in Bhola, said the prime minister’s state visit will not only deepen the ties with India but also resolve several outstanding issues.

Minister of Industries Amir Hossain Amu alleged that BNP was floundering when they criticised the state visit.

Minister Amu was visiting Madaripur when he said: “In the 21 years following Bangabandhu’s assassination, there were no negotiations regarding the Farakka barrage, the Chittagong Hill Tracts, or anything else.

It took the leadership of Sheikh Hasina for Bangladesh to negotiate countless national and international treaties imperative to the development of the country.”

The minister claimed BNP was unnecessarily lambasting as they know nothing about the treaties.

BNP Secretary General Mirza Fakhrul Islam Alamgir was at a party event in Thakurgaon on Saturday where he denounced the prime minister’s state visit to India.

“Bangladeshis won’t survive if there is no agreement on sharing the water of River Teesta. It is catastrophic for us. We will neither get the water nor will the killings at our border stop, much less reduce the harsh trade duties imposed on us.

“Why did we sign a defence treaty with India? Do we suspect them of being our enemy or do they think of us as the enemy?” Fakhrul said.

He pointed the electricity supply to Bangladesh from India, the defence treaty, and the construction of the Ganges Barrage as the major highlights of the visit.

He said: “Neighbouring countries always have issues. Bangladesh and India have many issues, but we have a historic relationship forged in our Liberation War.

“We will have dialogues with India and peacefully reach solutions just like we resolved our maritime boundaries and land boundaries.”

Faruk noted that the cooperation between Bangladesh and India will be exemplary for Southeast Asia and usher the region in greater peace and prosperity.

Jatiya Party Co-Chairman GM Quader asked people to have faith in Sheikh Hasina to have the best interest of Bangladesh at heart.

He said: “We do not the details, but we are confident that the Indian prime minister is sincere in his statements to resolve several situations, especially the Teesta water-sharing issue.”