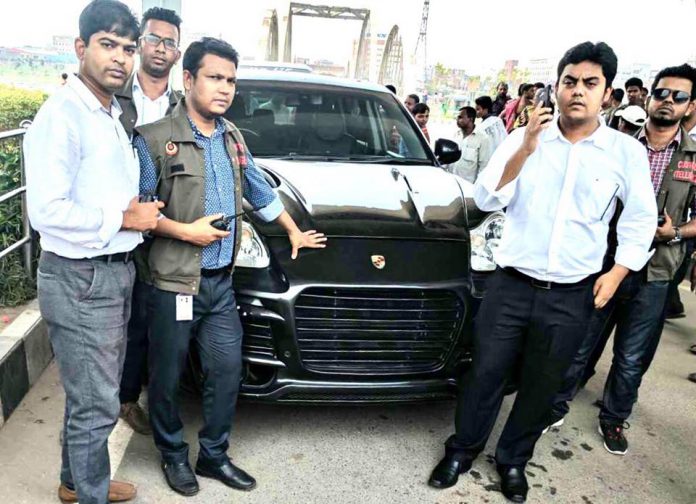 Customs officials have seized a Porsche Cayenne 955, worth an estimated Tk4 crore, from Dhaka’s Hatirjheel area where it was abandoned by its owner.

In a Facebook post, CIID Deputy Director Sharif Al Hasan said that they had found the car keys and a note addressing the customs intelligence chief inside the vehicle.

The note requested the CIID not to go after the owner – described as a well-known figure – as it would tarnish the person’s reputation.

It said the owner had been using the car for several years but was now abandoning it to save face.

CIID Deputy Director Sharif told the that they would take legal actions after verifying documents related to the vehicle.

Customs intelligence sources said the vehicle was imported in 2010 by a London expatriate under the Carnet de Passage system that allows tourists to import their vehicles for a short period without paying taxes. Bangladesh scrapped the facility in 2013.

More than 40 luxurious cars, imported under the carnet facility or illegally, are currently under CIID’s scanner, the source added.

The customs has cracked down on illegally imported vehicles and seized a number of them from across the country.

Owners and users of some of these top-end vehicles had abandoned their cars to avoid prosecution for possessing illegal vehicles.