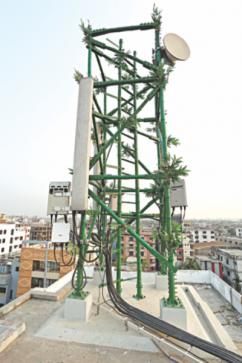 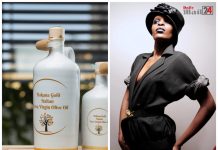 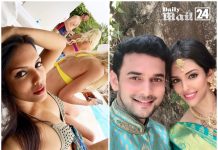 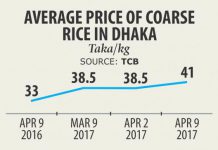 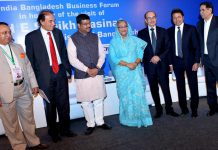 Edotco, Tower management company yesterday installed the first telecom tower made of bamboo on the rooftop of a house in Uttara, Dhaka.

The tower was developed with home grown technology in collaboration with Bangladesh University of Engineering and Technology (Buet). It was unveiled at a ceremony in Westin Dhaka.

Through this initiative, the company is focusing on the use of alternative material instead of the traditional steel structures in telecommunications.

The company intends to roll out more such bamboo structures in several other places in Dhaka in 2017. And by 2018, it plans to take this solution to other markets where Edotco operates and where bamboo resources are available, he added.

“The bamboo telecom tower is our latest innovation, which we conceptualised utilising natural, sustainable resources to build telecom infrastructure to lessen the impact on the environment,” said Sidhu.

“This is also a testament to the quality of human capital in Bangladesh.” The tower can withstand gusts of up to 210km an hour, with an expected lifespan of approximately 10 years with proper maintenance. Ahmad of BUET said feasibility studies showed that bamboo is a good material choice for telecom towers. “We thank Edotco for believing in such an initiative that contributes to nation building and conservation of the environment.”

Studies indicated that untreated bamboo has the ability to bear the weight of concrete while possessing the rigidity and tensile strength to support its own weight.

As an added bonus, bamboo being inherently light, allows for easy transportation and installation of structures on rooftops without putting any additional stress on the building. The deployed structure underwent chemical treatment as a measure to protect it from termite and mould attacks as well as adverse climate conditions.

Earlier, it also introduced the first carbon-fibre tower and a camouflage tower in the city as part of the company’s pursuit of establishing innovative telecom infrastructure in the region. Speaking on the occasion, Bangladesh Telecommunication Regulatory Commission Chairman Shahjahan Mahmood said a separate tower sharing guideline is being formulated to segregate different telecom services.

The chairman said if this bamboo tower innovation becomes successful, incentives would be offered for the home grown technology.

Edotco was established in 2012 as the first regional and integrated telecom infrastructure company in Asia. It began operations in Bangladesh in June 2015.