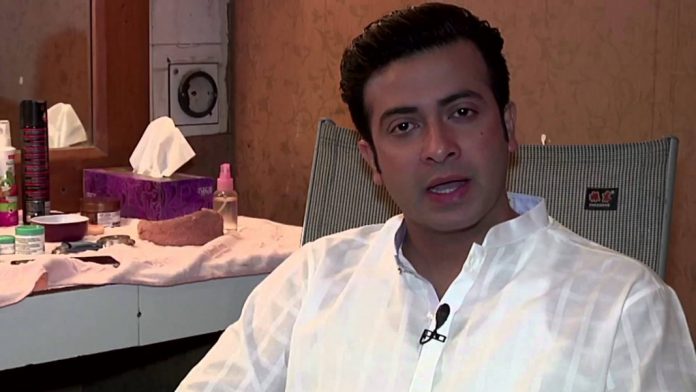 Shakib Khan: Alleging that Apu Biswas is trying to destroy his career, popular Bangla film actor Shakib Khan today said he will only take responsibility for their son.

Contacted, Shakib Khan confirmed his marriage to the actress and having a baby boy with her.

“I will accept my son, not Apu,” Shakib told The in a reaction to Apu’s revealing about their marriage during a live interview at a private television channel this afternoon.

However, he termed the disclosure of their marriage and parenthood by her in the media as a “conspiracy” to destroy his career.

“You’ll come to know within two days who’re behind the conspiracy”,” he claimed.

Moreover, during another phone-call interview at a live programme on a private TV channel, Shakib said that a baby boy was born to them, whether legally or illegally, adding that “I’m taking his entire responsibility on humanitarian ground. Why should I take responsibility of Apu?”

Shakib, the highest-paid Bangla film star of the present time, also alleged that Apu is conspiring to destroy his career. Apu, in tears, says she is married to Shakib

Earlier, at an exclusive live interview with the private television channel, Apu disclosed that she was married to Shakib in 2008 and they have a child.

Their son, named Abraham Khan Joy, was born on September 27, 2016 at a Kolkata clinic, she added.

Apu took her name as Apu Islam Khan after marriage, she said.

She, in tears, alleged that Shakib made her keep the information of their marriage and son secret for a long time.

“I demanded respect from him, but didn’t get it… I have been made a sufferer for long,” said Apu.

She hid from public for nearly 10 months after getting pregnant. She claimed that she did so for the sake of Shakib’s career.

“He deceived me at every moment. He asked me to keep our marriage a secret. Even before my shooting for a new movie, I went outside the country during pregnancy as per his instruction,” Apu alleged.

She wanted to boost and support Shakib’s career without thinking of her own. “But I didn’t want to be belittled.”

“Shakib first came to see his son two months later after I returned to Bangladesh with my son,” said Apu, adding that Shakib’s family members also came to see the boy.

However, the actress who brought the six-month baby boy in the studio, demanded recognition of their son from Shakib Khan.

“What’s the fault with my boy? He’s innocent. He didn’t commit any mistake,” she said, adding that Shakib used to look after their son and often give them money to bear expenses.

She said, “I’ve endured huge sufferings. I’ve been insulted, harassed and tortured for many days. But I could not open up my mouth.”

“Please don’t misunderstand me. I will work for myself again. Pray for my son,” she told the audience during the TV programme.

Apu entered film industry in 2006, and started working with Shakib Khan through Koti Takar Kabin that brought her great popularity among the movie-goers.