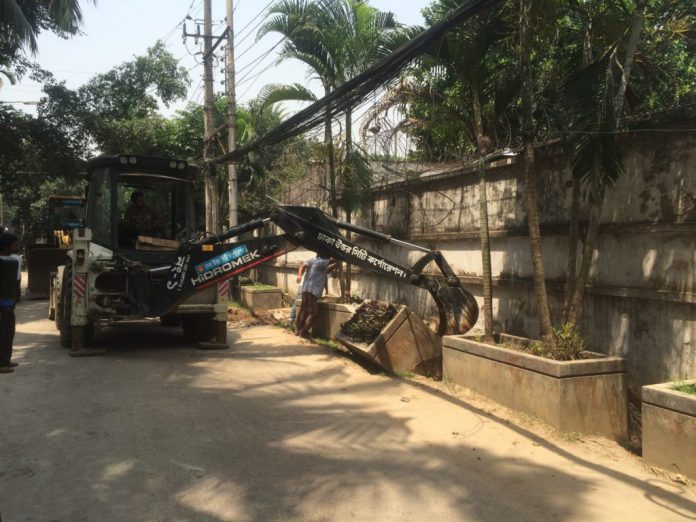 Mayor Annisul Huq is leading the operation that began just after 11 am on Tuesday.

“We have launched the drive to allow our citizens to walk on the footpath without compromising security issues of the relevant embassies,” he told the media at the site.

A DNCC official told that all the embassies including Italy, Germany, France and UK, cooperated with the authorities to clear out the footpath.

The DNCC on February 28 asked several embassies to relocate their security arrangement as they were obstructing pedestrian movement.

The US Embassy and Canadian High Commission cleared out the footpaths three days later.