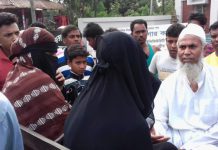 Jail authorities are ready to execute Hannan and his aides 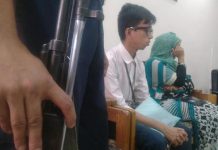 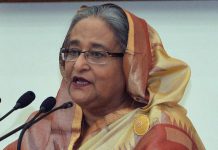 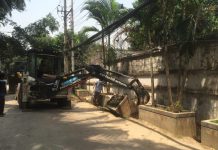 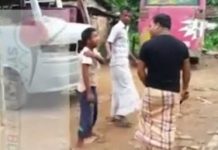 Prime Minister Sheikh Hasina has urged the new generation to be more cautious about spelling and pronunciation of words.

“Growing practice of Bangla language is very encouraging as errors are corrected through practices. But, we have to remain careful about the correct practice of the language,” BSS quoted her saying at the inauguration ceremony a five-day program organised by International Mother Language Institute (IMLI) marking the International Mother Language Day-2017 in its auditorium here on Tuesday.

“Youths must refrain from the habit of misspelling and mispronunciation of the Bangla language. So, they should be more careful while using, spelling and pronouncing Bangla words,” she said adding that regional dialects should not be ignored as they also have distinctiveness.

Education Minister Nurul Islam Nahid presided over the function while adviser of UNESCO on language issue Anvita Abbi presented the keynote paper on the theme of the day titled “Towards Sustainable Futures through Multilingual Education”.

UNESCO representative in Dhaka Beatrice Kaldun, Education Secretary Sohrab Hossain and Director General of Institute Dr Jinat Imtiaz Ali spoke, among others, on the occasion.
The prime minister stressed the need for correct pronunciation to prevent the warping of the language PID

Pointing out her government’s initiative for extensive use of Bangla in the studies, daily activities and research on science, knowledge and technologies, she said Bangla keypad has been introduced in the mobile phone as well as a dot. Bangla domain for internet browsing.

Bangla speaking people would be able to open web address in Bangla alphabet and use the internet in Bangla very soon, she said adding that an app has also been produced from where people can learn nine languages.

The Prime Minister thanked UNESCO for upgrading the IMLI as a second category organisation hoping that one day the institute would grow up as an international organisation with the distinct entity.