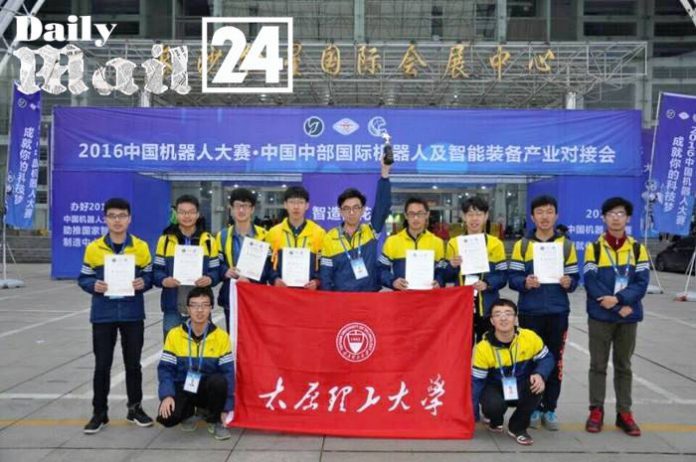 More than 240 colleges and universities from 28 provinces, autonomous regions and municipalities and approximately 1200 teams competed on this arena. The competition consisted of 17 major events over various types of robots on martial arts, basketball, services, and others as aerial robots, underwater robots, remote operated vehicles and etc.

The Duoluo Scientific Robot Team sent seven groups of people to participate in two events, one for martial arts robots and the other aerial robots. This is the ninth time for TYUT to go in for this competition.