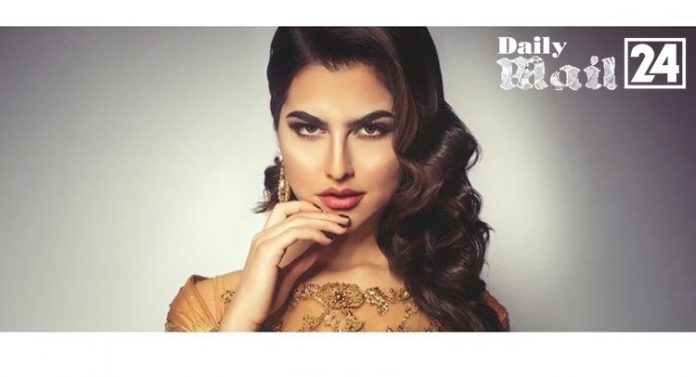 Born in (Alicante) Spain on 1 and March 1995. From a Spanish mother and an Algerian father. She shares since a young age the passion of the fashion with her mother who is seamstress. She dreamed of becoming a model. After a few casting at 18, she launched her career with a beauty contest in Greece and was selected to represent Algeria. When she returned to Paris she decided to finish her studies and obtain her Diplomas in design and commercial management. In order to focus more heavily on a modeling career, she moved to London one year ago. And to integrated several modeling agencies. Her versatile profile allowed her to do various projects internationally. Both Bollywood projects where she had the chance to play with Sandyman & Shaan the Bollywoodian singer “Golden Voice of India”. She parade at the Indian Pakistani fashion week in London, the parade was funded by the Prince of Wales broadcast on BBC News She appeared in Asiana Magazine Issu 49, next to the Indian actress Kareena Kapoor. She dance on the clip of the singer Gazal Sadat “Muhaal” directed by producer Masood Maroof. For the 70th Cannes Film Festival, she presents dresses by Hayet Medjdoub Fashion Designer from New York and takes a walk up the steps with the famous Rouge Hermès dress. We saw her on the catwalk during the Bangladesh fashion week in London and the biggest Muslim exhibition in Manchester. She recently model for the l’Oreal Academy and Trevor Sorbie in London. We can’t wait to see her new projects coming with the Cactus Agency and the Lubna Rafiq Academy!

Also, a new clip coming up soon directed by Masood Maroof. Where Janira is acting as a main role, wearing a beautiful Swarovski dress from the designer Hayet Medjdoub.