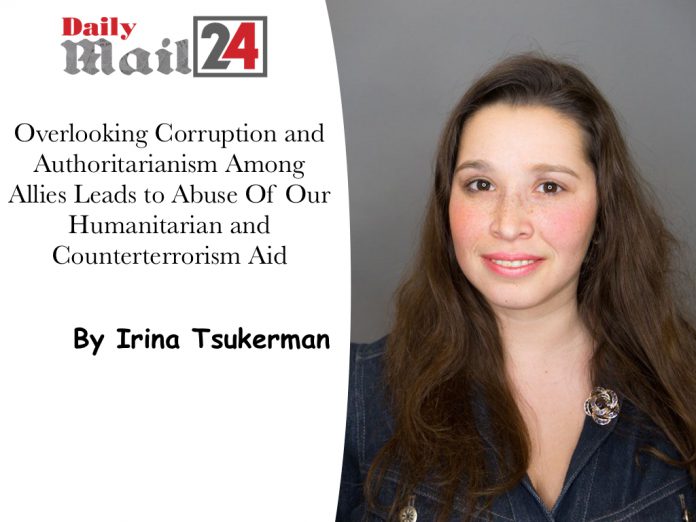 US policy of providing “counterterrorism” funding and humanitarian aid to authoritarian regimes, who claim to be allies, but who utilize that money to suppress criticism, political opposition, and minorities runs counter to its own interests in preventing radicalization in otherwise stable countries and liquidating terrorist groups in the region. We have seen how such misuse of funding worked to perpetuate slavery in Mauritania, where abolitions have been labeled “terrorists” in order to justify the expenditure of US aid to hunt down such critics.

We are seeing the same pattern in Bangladesh, where the President of the opposition party BJP, Mithun Chowdhury, was just arrested.  The sudden arrest of the leader of the opposition in a country allegedly allied with the United States should be an international scandal, but has not received coverage from the press, no more so than a similar arrest of arrival during the elections in Cambodia. However, unlike Cambodia, which has been shifting in China’s direction in months leading up to the elections, Bangladesh’s formerly secular Awami Party claims continuous close cooperation with the United States.  In reality, Bangladesh’s, Sheikha Hasna is pulling a fast one over the administration, continuing the pattern of the past several years – at the cost to the country’s poor population, minorities, and political opposition.

Human rights attorneys and activists are doing a poor service to the concerns of the most vulnerable in failing to bring to our attention the continuously deteriorating human rights situation in Bangladesh.  As human rights reports produced by such human rights workers who risked their lives inside the country as Shipan Kumer Basu, who have had to flee the country due to threats to their lives show,  under the auspices of the ruling Awami League party, the political opposition has been suffering brutality, facing extrajudicial assassinations and disappearances on a daily basis, has been deprived of due process at show trials, has seen the proliferation of fabricated and forced confessions to spurious charges, has been dealt unspeakable tortures in remand and in prisons, and is being systematically defamed in the press. As such, there is no meaningful alternative or check and balance inside the government, whether with respect to domestic issues or to foreign policy.

The roots of this grave and unsustainable situation go back to the history of the Soviet Union’s involvement in the formation of the Awami League. The Soviet Union has backed this overtly leftist party, which despite the stated secularism, has shown proclivities for violence and chaos more characteristic of totalitarian regimes than liberal democracies. Its historic rivalry with BNP, the leading opposition party, has been marked by mutual violence and distrust. However, the last few years have shown a drastic growth in attacks not merely on the BNP and other rival parties, but the attacks on the parliamentarian model of governance, and thus, on the fabric of the otherwise largely moderate and stable civil society.  The brutal suppression of any criticism under the pretense of counterterrorism, as well as the chaotic situation around the elections two years ago, led to allegations of widespread electoral fraud and BNP’s withdrawal from participation. Arguably, the current government is completely illegitimate, due to the failure of its leading opposition party to participate in the last elections.

However, with the elimination of its chief rival, the Awami League, led by the strongwoman Sheikh Hasina, only intensified its attacks on the opposition and other leaders. Such attacks have been highly damaging to Bangladesh’s claims to democratic governance and participation in respected international organizations alongside the United States. Last year, the then- newly appointed co-secretary of the BNP, Aslam Chowdhury has been arrested and put under remand, which has been extended, under the trumped charges of sedition. His alleged crime? Mr. Chowdhury happened to have been invited to India’s BJP party youth conference, where an Israeli lobbyist also was in attendance. The two interacted with each other, as well as with hundreds of other participants. Bangladesh does not have diplomatic relations with Israel. Still, an incidental meeting has been used to accuse BNP, as well as other rival parties, of sedition and conspiracy to overturn the existing government. Several BNP activists and leaders including Mr. Chowdhury have been arrested in a very public manner. Under the remand, the accused, who have recently been officially charged, have no access to lawyers, and their communication with the outside world is extremely limited. They are allowed no visitors, and their condition is quite grave. Torture is a widespread method of extracting false confessions from individuals under remand, as countless accounts of victims have shown.  Already, the Awami League has threatened to utilize Mr. Chowdhury’s alleged comments in remand to arrest his alleged accomplices and to undermine the very existence of BNP, in essence opening a witch hunt against the entirety of Bangladesh’s opposition and leading the country in a very dangerous direction.

This disturbing series of events threatens the stability of Bangladesh and its neighbors, and places strain on the development of future relations between Bangladesh and the United States. Bangladesh participates in such institutions as the International Monetary Fund, World Bank, and World Trade Organization. The countries engage in a strong trade relationship. Bangladesh is the beneficiary the largest assistance by the United States in Asia outside Afghanistan and Pakistan. The current predicament puts the wisdom of such assistance in question.  Deterioration of human rights, suppression of political opposition, extrajudicial killings, and arbitrary detentions and arrests point in the direction of increased political risk in investment and trade. Much of the assistance that is meant to go towards the development of the country and counterextremism measures is likely being misused towards mass arrests of political opponents and critics of the government’s harsh measures and failure to observe the minimal due process. Rather than fighting terrorism, the Awami League fights the critics that keep its own foreign and domestic policy excesses in check. Governments that are largely authoritarian are not reliable partners in security, in trade, or in political processes. The increasing centralization of power in Bangladesh is a threat to U.S. interests in the region, be they opposition to extremism, peaceful development of relations with India, which is increasingly concerned by Sheikh Hasina’s erratic actions, and the stabilization and strengthening of the region vis-à-vis aggressive overtures from China.

Furthermore, by engaging in public and widespread conspiracy theories against U.S. allies, such as Israel and India, the Awami League betrays the trust the U.S. government is placing into its growing partnership with this allegedly West-oriented party. The Awami League’s fearmongering and defamation against outside scapegoats can only lead to internal destabilization, ethnic clashes, and deterioration in diplomatic relations with other allies and partners.  Whether this current development is merely a natural succession to the last few years’ increase in centralization and Sheikh Hasina’s dictatorial tendencies, or whether the current witch hunt against the opposition is a concerted attempt to distract from other, more disturbing developments, leaving such developments to continue unchecked will lead to further disrespect for the U.S. position, assistance, and diplomatic involvement in the country and the region.

I speak for 160 million Bangladeshis who surely deserve better than this untenable political situation when I call on  Congress and the administration to utilize their  collective strength, respect, and wisdom to exert influence on the course of events, before the Awami League’s disastrous actions render irreversible damage on Bangladesh-U.S. relations, and turn Bangladesh from a stable, developing, and moderate country into the Syria of South Asia, an outcome we simply cannot afford.

Please consider engaging in applying appropriate political pressures on the Awami League toemand the immediate and unconditional release of Mr. Aslam Chowdhury . Mr. Miltun Chowdhury,and other political prisoners. demand that the government of Bangladesh cease and desist from any further politically motivated arrests, arbitrary detentions, conspiratorial statements and comments to the press, extrajudicial killings and assaults, and other unconscionable attacks on individual and political freedom,demand the review of any funding or other forms of assistance that go towards Bangladesh’s alleged counterextremism efforts and hold the ruling party accountable for any misuse of the U.S. goodwill, trust, and assistance.

Also, speaking on behalf of all the unjustly detained, all the tortured, all the disappeared and murdered individuals, I ask you to hold a public hearing focused on the increasingly authoritarian situation in Bangladesh, and the potential for Awami League to become a regional security threat and a force of aggression and destabilization in the area.

A an U.S. human rights lawyer,  I surely speak with reason when I say that the U.S. taxpayers deserve better than to subsidize an illegitimate authoritarian government which defames our allies, tortures and murders opposition, and misuses the funding that should be going towards the fight against terrorist groups to go after legitimate critics of its policies.