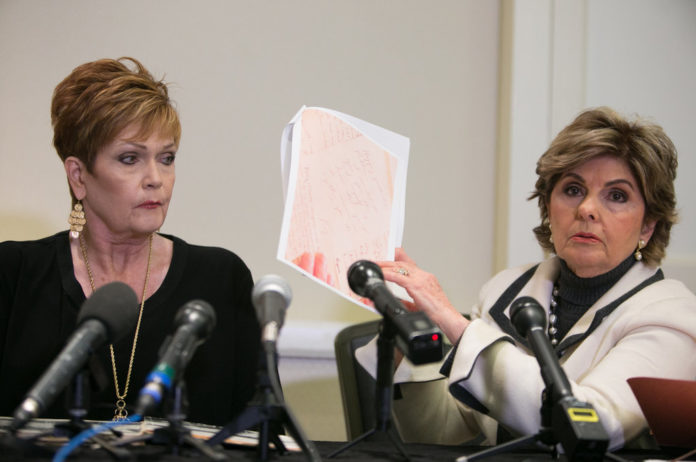 Gloria Allred, right, with Beverly Young Nelson, held up documents on Friday that she said were used by a handwriting expert to analyze Roy Moore’s signature in a high school yearbook.

GEORGIANA, Ala. — Four days before an Alabama Senate election with broad implications for American government, the narrow questions of whether Roy S. Moore wrote in a high school yearbook 40 years ago, and what it means for sexual misconduct allegations against him, once again took center stage on Friday.

Beverly Young Nelson, the woman who has accused Mr. Moore, the Republican candidate, of misconduct, acknowledged on Friday that a few of the words in her yearbook under what she said was an inscription by Mr. Moore were written by her, not him.

At a news conference with Ms. Nelson, her lawyer, Gloria Allred, released the findings of a handwriting analyst who concluded that the signature on the inscription belonged to Mr. Moore.

Since charges of sexual misconduct surfaced last month against Mr. Moore, a former chief justice of the State Supreme Court, they have dominated the race between him and the Democratic candidate, Doug Jones. On Friday, the Moore camp and Ms. Allred each seized on the developments to accuse the other of dishonesty.

Mr. Moore has said that he did not know his accusers, but in light of the handwriting analysis, Ms. Allred said, “that statement does not appear to be true.”

Ms. Nelson said on Nov. 13 that four decades ago, when she was 16 and he was a 30-year-old assistant district attorney, Mr. Moore assaulted her in his car, putting his hands on her breasts and trying to force her head into his crotch, squeezing her neck so hard she was bruised.

She is one of several women who have stepped forward to say that Mr. Moore pursued them sexually or romantically when they were teenagers and he was in his 30s, including one who said he groped her when she was 14.

As evidence that they knew each other, Ms. Nelson produced the yearbook, with an inscription in cursive writing that said: “To a sweeter more beautiful girl I could not say Merry Christmas. Christmas 1977. Love, Roy Moore.” After the signature was printed “D.A.,” and below it was written “12-22-77 Olde Hickory House,” with those words also printed.

At the news conference on Nov. 13, Ms. Allred read out loud the entire entry, not making a distinction between the different parts. On Friday, she said that Ms. Nelson added the printed parts “to remind herself who Roy Moore was, and where and when Mr. Moore signed her yearbook.”

“She never said that he wrote that,” Ms. Allred added.

But the Moore camp claimed vindication, referring in a statement to “the Nelson yearbook forgery.” On Twitter, the candidate wrote of Ms. Nelson, “she admits lying,” though she had made no such admission. 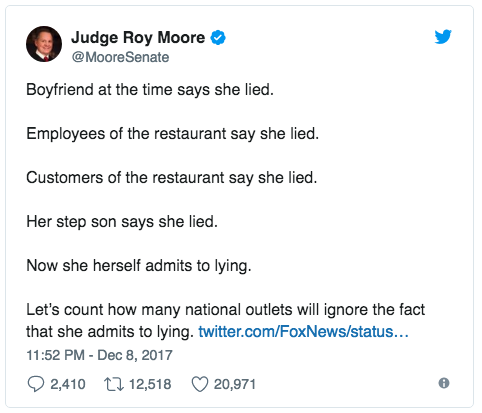 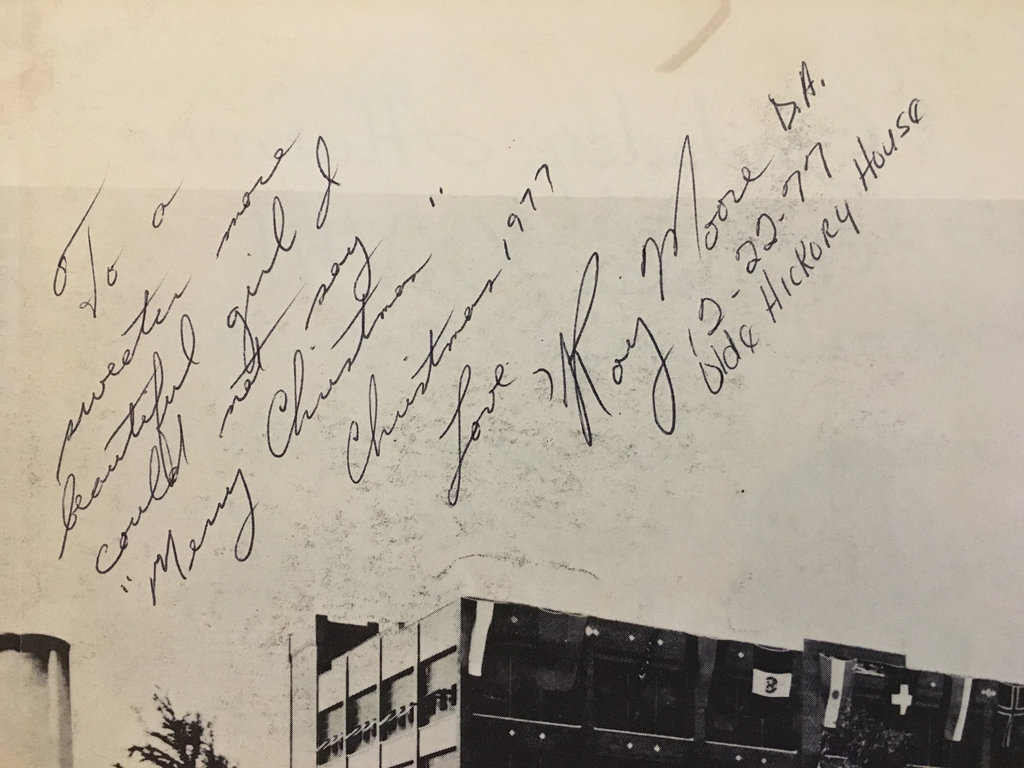 Beverly Young Nelson’s High School yearbook with a salutation she says was written by Roy S. Moore. Ms. Nelson said that she wrote the date and the words Olde Hickory House, but that Mr. Moore wrote the rest.

The allegations against Mr. Moore have turned what should have been an easy Republican win in a deep-red state into a close race, threatening to erode the party’s slim 52-to-48 Senate majority. The seat came open when Jeff Sessions was appointed United States attorney general.

Nine women have said that Mr. Moore made unwanted advances toward them, or worse, when they were teenagers and he was in his 30s, and in trying to discredit them, the Moore campaign has focused on challenging the veracity of Ms. Nelson and the yearbook inscription. The apparent difference in the lettering of the inscription has spawned weeks of amateur analyses and conspiracy theories, and has led Mr. Moore to repeatedly suggest the yearbook was a fake.

The yearbook landed back in the spotlight on Friday when a reporter for “Good Morning America” asked Ms. Nelson if she had added her own notes beneath the inscription, and she said that she had.

“There are a lot of Alabamians who are looking for any piece of evidence to say this was all an attempt to trash the name of Roy Moore, and there will be a lot of people who do seize on it and try to make that argument,” said Elizabeth BeShears, a Republican consultant in Alabama who said she believes Mr. Moore’s accusers.

“The tide has turned in his favor in the last week and a half or so,” Ms. BeShears said, “and I think this really will probably help him.”

As Mr. Moore struggled to discredit the allegations — which initially repulsed some voters and prompted Republicans in Washington, including Mitch McConnell, the Senate majority leader, to call for Mr. Moore to drop out of the race — his allies focused on Ms. Nelson’s yearbook.

Ms. Allred has said that she would release the yearbook only to a Senate committee investigating the charges against Mr. Moore, if such an inquiry was to begin. Mr. Jauregui has demanded that she turn it over to an independent forensic analyst who can, he said on Friday, determine, “is the ink is a month old or is it 40 years old?”

The news came at the end of a week in which Mr. Moore enjoyed a new infusion of support from the Republican Party, including an endorsement by President Trump and resumption of funding from the Republican National Committee, which had severed ties with his campaign last month. 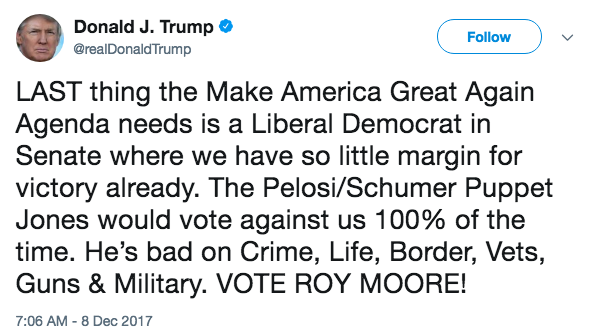 Paula Cobia, a lawyer for Gloria Deason, who has said Mr. Moore took her on dates and ordered her alcohol when she was 18, said Ms. Nelson’s admission had not undermined Ms. Deason’s story or that of the other accusers.

“The inscription and his signature look completely authentic. The fact that she might have written and she says that she did the Olde Hickory House or whatever underneath it, so what?” Ms. Cobia asked.

“Each accusation,” Ms. Cobia added, “stands on its own.”