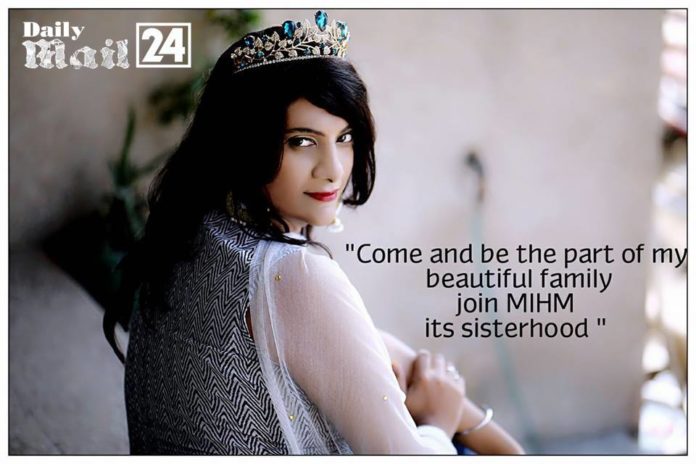 Gender can’t be a barrier for success

Till now we have only heard about cries n tears about transgender stories. Seen them begging, clapping or doing prostitution. Being a child, we were all scared of hijras but little did we know that few years down the line we shall have exceptions. 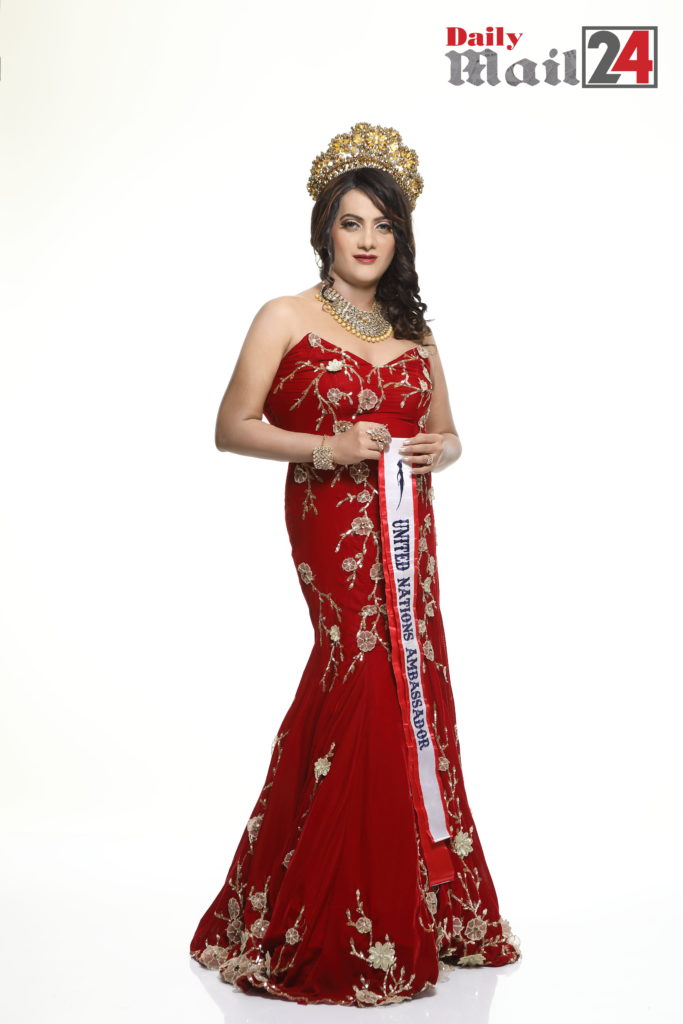 Today transgenders are news anchors, mayors, school principals, court judges, Tollywood actresses, models and beauty queens. One such beauty queen is Aizya Naaz Joshi. Her schoolmates will call her chakka, heejra, impotent and what not? She didn’t have a good childhood as she grew up in a prejudice society, she absolutely had no friends in school, but she didn’t give up, Being a child she was sexually molested by her school teachers and distant relatives. Her sexual molestation has left a deep scar on her soul. She remembers and said that she hardly saw the childhood. She was sent to Mumbai to a distant relative where she completed her higher secondary education through open schooling. She could not give much time to her studies because most of her time went doing part-time jobs at restaurants, dhabas, selling items in local trains and assisting in beauty salons as a helper, When she grew up as a teen, she took up bar dancing as a profession. 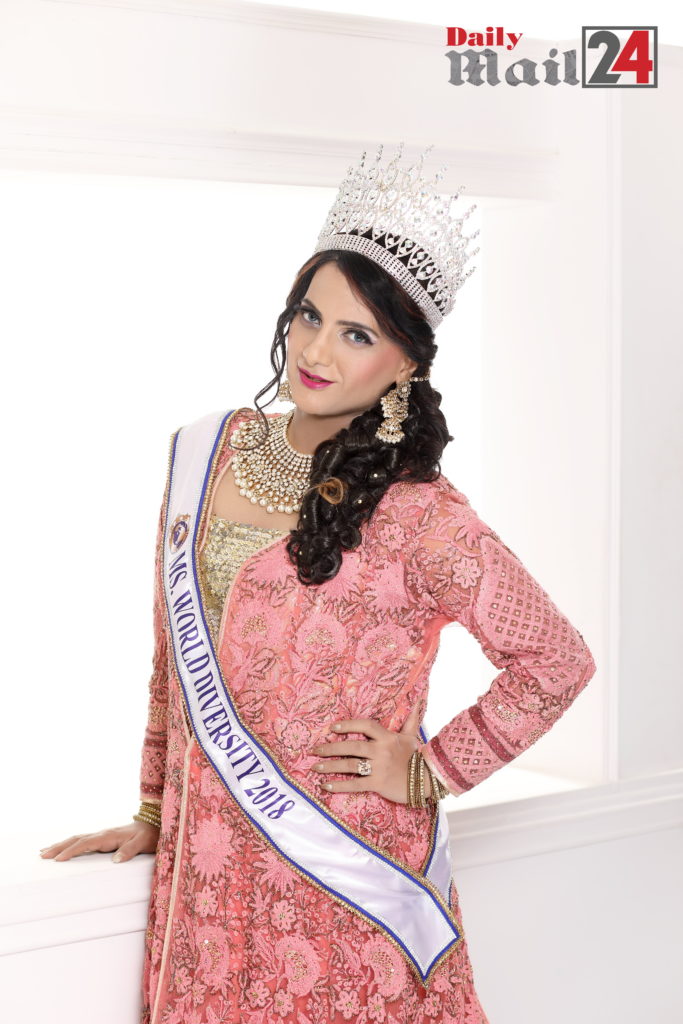 Her flair for art and creativity made her come back to Delhi in 1996 where she did her 2 years under graduate fashion design course from pearl academy of fashion and later she appeared for NIFT entrance exam in 1999 where She bagged most creative designer award for her bridal collection in knitwear ‘swapnaparineeta’, bride of dreams.

Being a transgender and  because of her personal problems she didn’t do well as a designer, she once again ran away from her house, she tried committing suicide 3 times but every time she was saved, she was forced to take up a job in a massage parlour where she sold her body for mere 200 rupees per client, she was forced to have sex from an auto rickshaw driver to washer man, anyone and every one she was forced to entertain, she spent many nights lying on the railway platforms and without food, she knew the value of even single penny then and didn’t want to lose her job, from stardom to dust and again dust to stardom her story is truly inspiring, after the barbaric judgement of supreme court recognising heejra community as a third gender she decided to come back to the fashion industry, but when she decided to come back her so called friends started blackmailing her about her being a prostitute, over the decade things have changed for transgender community in India, she tried her hands on blogging, styling, make up but finally found success in launching her beauty pageant, in mere one and half years of her pageant life, she has done 6 pageants under her label MIHM. She says ‘’ being a woman from heart , I am good at organizing things and I am pretty good at organizing events’’.

Today Aizya Naaz Joshi Pageant Director and Reigning Ms World Diversity 2018, she remembers when she wanted to make a come back in fashion industry many people blackmailed her telling agencies that she was a prostitute, so that she can’t make a come back. But destiny had other plans made for her. 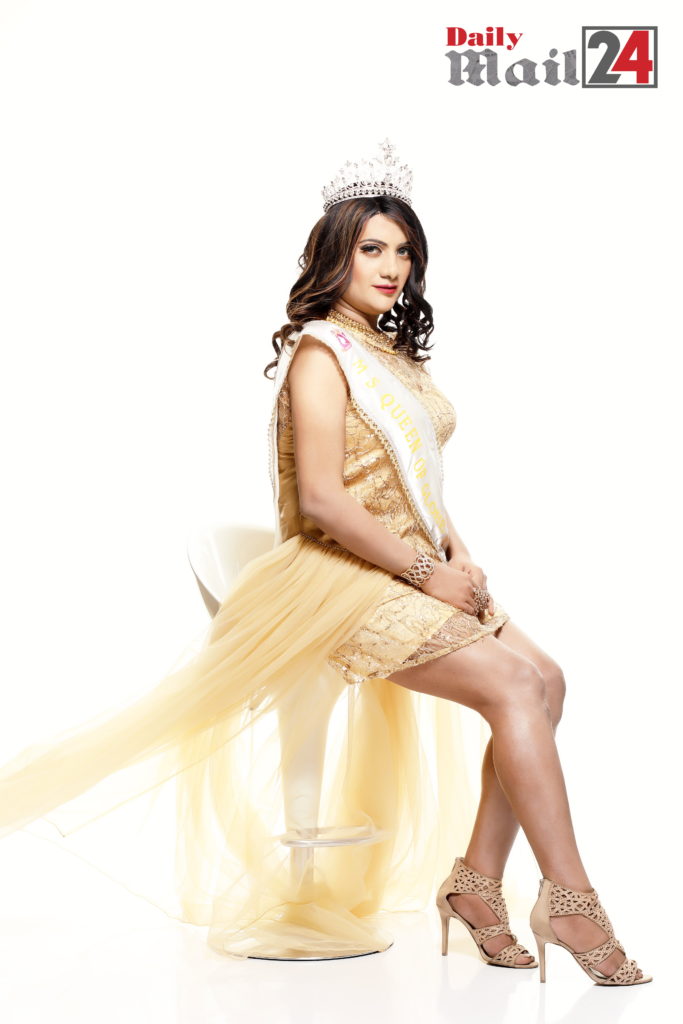 Miss world Diversity is focusing on equality and diversity. India is land of diverse cultures and heritage. My aim is to educate people and make them understand that black, white, brown or yellow we all are children of one God. We are born in different places but we all are brothers and sisters.  Lets start loving each other unconditionally. Let there be no boundaries, no passports, no visas let’s all stay as one United World.

She has done 6 pageants under her label MIHM, today also she faces many biasness because of her gender, many people are not kind to her, including vendors and some of her failed beauty queens, she says ‘’ even after being successful in pageantry, I am not given my due respect because I am the only transgender trying to bridge the gap between a so called straight society and trans community’’.

6. Miss queen of the globe international 2017

9. Her agency MIHM has produced five international winners so far,

12. Miss queen of the globe first runners up 2017 Miss Geetanjili

15. She is not just a pageant director, she is herself a beauty queen, she has following international titles with her.

She  was always very focused in life. She is compassionate and feel for underprivileged children.’’ I want to save many children from sexual molestation. Want to work in various ways to make women across the globe to be empowered.’’ She is India’s first transgender cover model who appeared on the cover of an Indian news magazine in June 2015. She is also recorded in India book of records and limca book of records for the same reason. Recently she was also featured on the cover page of an international magazine. She is India’s first transgender model to be appeared on the cover of international magazine. With the title of Ms world diversity she is very dedicated to do community service, from time to time she visits ngos and makes whatever little contribution. ‘’ I would love to do a job in an NGO full time or have a small NGO of mine’’ says Ms. Joshi.

She believes in gender equality. She says its high time we respect all genders. She also wants to work for section 377 and makes her country free from section 377, where love shall have no restriction. In future she wants to join politics and save many transgender women going in prostitution. She wants to be in the cabinet and apply rules for her trans sisters and create job opportunities for them. She just doesn’t wanna live her life as a model, she wants to live her life as a role model.