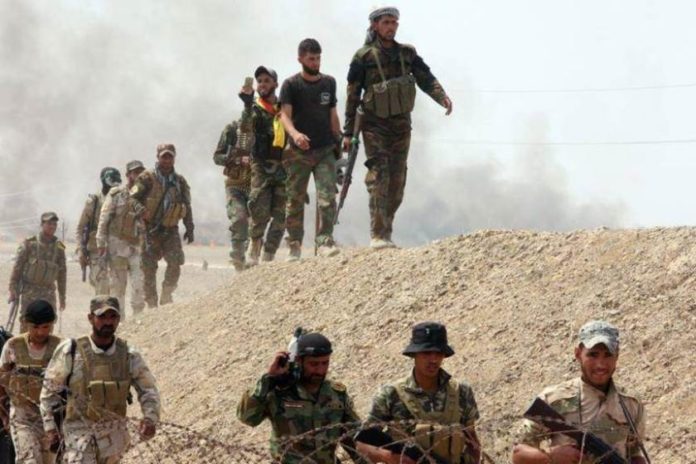 Rolling Back Iranian Expansionism Means Contending With A Rising Russia

NSA McMaster is turning towards rolling back Iranian expansionism, now that ISIS appears to be nearly finished. What exactly the strategy will entail is not yet clear, but at the very least it should include understanding what Iran’s own strategy actually is. Part of the strategy is a multilateral approach, overwhelming the enemy by being in too many places at once, and expanding reach in so many directions that it becomes difficult to keep up with the sheer intensity of the activity.

With a presence by proxy or otherwise in Lebanon, Iraq, Syria, Yemen, all over Latin America, Africa, and even, to a lesser extent, in the United States, Iran’s aggression is a grave danger to world stability and certainly, to Western interests. Striking back at the weakest link, then going after Iranian proxies and Iran herself everywhere requires focus, and strong alliances willing to partake in the battle.

Nevertheless, as the United States plans towards weakening Iran, it can forget that Russia, Iran’s close ally is looking to take advantage of any vacuums of power, planning its geopolitical rise – whether in tandem with Iran or as a result of its downfall. Yemen is a perfect illustration of Russia’s opportunism. Iran-backed Houthis may yet fall. Nevertheless, for now, they remain a grave danger. The Saudis just intercepted yet another missile, this time aimed directly at King Salman’s palace. And after last week’s argument that Nikki Haley was short on evidence when she made the claim that the recovered missile aimed at KSA had Iranian origins, the public has learned that the Saudi-backed Yemeni army has been keeping track of 250 Iranian military experts around the country – and that’s what the army knows about and chose to disclose! Indeed, there may be a more substantial Iranian presence in Yemen.

In this workshop, separate missile components trafficked from Iran to the Houthis will be rebuilt by Iranian experts, and missiles are being prepared to target Saudi cities. The sources of the Arab coalition reported that a number of foreign experts and technicians, mostly from Iran and Hezbollah in Lebanon, were killed during this bombing.

Coalition’s published images of the bombing of the workshop and the guns that surround it are indicative of continued bombardment of consecutive explosions for hours, and the Houthi workshop and tanks in this area have been destroyed in general. According to others, Iran does not have as strong a grip on Yemen as it pretends to, and suffered heavy and demoralizing losses as a result of that operation. Russia, meanwhile, has taken advantage of the civil war chaos and has been successfully playing both sides, shifting slightly towards Saudi Arabia, as the aerial campaign caused damage to the rebels.

Russia’s interest in Yemen is multiple:

2. Possibly build a naval base and extend its control and influence in the area

3. Deny influence to the United States.

Because Russia has chosen to engage with both sides, it may be more successful in Yemen, than the United States which is perceived pro-Saudi. Furthermore, because of the level of Russia’s engagement in Yemen – Russia is one of the very few countries that has maintained a diplomatic presence throughout the war – it may have a credibility for reunification and engagement with the locals after the war is over. Although Russia is known to be an ally of Iran, it has recently increased its own engagement with the Saudis as well.

In fact, Russia, with China’s assistance, has been successfully recovering LNG from the Arctic, and engaging in energy trade with the Saudis, for now with regards to oil production, but perhaps shifting towards gas trade in the near future as well. Russia has also sold advanced weaponry to Saudis, and S400s to Turkey, thus maintaining influence even with Iran’s traditional rivals. Russia’s strategy in the Middle East is not necessarily to ride on Iran’s coattails come hell or high water; rather, it looks to be perceived as a credible and loyal ally to Assad, the Kurds, and  whatever state actors it is engaged with, while it maintains some level of relationship with all sides, and will have some backing no matter which way the wind eventually blows. It is not putting all its stakes on Iran’s victory, but rather seeking to develop its own independent influence, despite the fact that it has been weakened by sanctions, and is no longer in the economic position of the Soviet Union, which was arming every liberation movement in the Middle East, while also providing ample humanitarian aid to the rebels and their backers, at the expense of their own citizens.

Indeed, Russia stands to benefit from the energy policies of Iraq as well. Iraq has previously taken over a KRG pipeline to Turkey and was planning to supply Ankara with oil, bypassing the Kurds. However, with Iran playing an increasingly dominant role in the region, Baghdad has now diverted the pipeline towards supplying Iran. Kirkuk oil will now move through Iran to the tune of 30-60K barrels of oil a day. That means, that the existing Kirkuk-Ceyhan pipeline, may become inoperative and irrelevant, hurting Turkey’s oil consumption. And Turkey is currently in no position to be too combative in Iraq, as it’s facing lengthy negotiations with Iran, Russia, and other actors over Syria and Syrian Kurds, with which Russia has aligned herself. Russia has already announced plans for taking control of a pipeline and delivering oil to Turkey. That means that Turkey will still get the oil, and Russia will financially benefit. But now, with no Baghdad-controlled pipeline, Turkey may find herself dependent on Russia for the exclusive delivery of oil. Russia is also building a large gas pipeline in conjunction with Turkey, thus ensuring that even if Turkey chooses to oppose Iran’s domination in a more substantive manner in the future, whichever way that conflict plays out, Turkey is sufficiently involved in business ventures with Russia, that simply cutting off relations with her will not be an option. Russia’s strategy in the Middle East is forward-looking and preemptive. It seeks strong partnerships with as many actors as possible, without being fully dependent on any of them.

This means that even if the US succeeds in weakening Iran sufficiently in all these areas that Iran has to call back its militias, Russia’s influence is not going anywhere. It is already building a naval base in Syria; it has already signed an agreement with the United States, with the latter effectively recognizing Russia’s presence in Syria; it is striving for economic partnership with Egypt. Russia is not yet at the level of economic parity with China’s competitiveness in Africa, far from it. But by striving to strengthen diplomatic relations with Morocco, with Egypt, with a number of other African countries, while simultaneously bypassing sanctions imposed by the US and Europe through development of independent relationships and gaining access to outside resources, such as the LNG in the Arctic, it seeks to recoup its financial and political losses from its poorly planned and ongoing engagements in Ukraine, Georgia, Moldova, and Macedonia. Iran may soon find itself stretched too thin, with failing and uninspired recruitment in the “Shi’a crescent” due to the excessive losses suffered, and US renewed commitment to fighting Hezbullah everywhere, if indeed, US proves serious about combating Hezbullah and eradicating its reach, starting with Latin America. Coupled with instability due to minority uprisings at home, the Islamic Republic may soon find herself with more than she bargained for. Iran’s strategy has been warmongering, terrorism sponsorship, and destabilization, and many of the Middle Eastern states and groups are resentful of being forced into compliance. Russia, by contrast, utilizes a mixed method, with a primary focus on business ventures, and finds herself being actively invited in as a “savior” even in those instances where she actively cooperated with the conqueror and the enemy.

The US has attempted to imitate that strategy with Turkey but quickly found herself rebuffed. The new NSA strategy has identified China and Russia as direct competitors to US influence in the world, Iran as a threat, and Turkey as a significant hindrance. It remains to be seen whether the Trump administration has it takes to not only staunchly oppose these menaces but to develop effective alternatives that give these countries that the rising hegemons seek to co-opt, a stake in their own future, whether the US can once again be seen as having more to offer than anyone else. If that does not happen, US will quickly find herself playing whack-a-mole with Iranian proxies and even Iran herself, even as Russia once again takes advantage of the chaos to rise to victory, even as behind the scenes, it is part and parcel of the chaos.

Irina Tsukerman is a human rights and national security lawyer based in New York. She has worked closely with dissidents and minorities in a number of Muslim majority countries and has written extensively about her human rights work and geopolitics for a number of US and international publications, including the American Spectator, Israel HaYom, Jerusalem Post, Morocco World News, and the Bangladeshi Daily Mail 24.