England fell short against world number one side Australia, losing 50-46 in the second match of the Quad Series and our London Post and Daily Mail 24 reporter Kiran Rai and Sajad Razak covered the event last night at the Cooper Box. The Roses, who beat second-ranked New Zealand in extra time on Saturday, were chasing a first win over Australia since 2013.

They trailed 28-21 at the break and struggled in the shooting circle.

England fought back in the third quarter and was 37-34 down going into the final quarter, but Australia held on for the victory.

Tracey Neville’s side, who are ranked third in the world, will now travel to South Africa for the final game of the series on Sunday.

Australia, who beat South Africa 54-50 on Saturday, play New Zealand in their final game, also on Sunday, as they bid for a third title in four Quad Series events.

Neville will be wary of the Proteas, having lost to them in Invercargill last year – a defeat which cost England the chance at the title.

“I think the way we started the game wasn’t good enough,” she told Sky Sports afterward. “The ball was moving through the court too fast for our defenders to make an impact.

“In the second half we stepped up but it felt too late. Nothing seemed to go our way and we had a lot of fatigued girls out there at the end. We have some massive selection decisions to make next week for the Commonwealth Games.

“You don’t get many opportunities to play against the top two nations and some girls had an eye-opener tonight. But we learned a lot tonight and I am really proud of the team.”

England leave it too late
Having named the same starting line-up as against New Zealand, England were once again slow out of the blocks and fell to a five-goal deficit by the end of the first quarter.

Shooters Kadeen Corbin and Helen Housby failed to capitalize on defensive turnovers as England’s attack stuttered and Australia’s speed through the court caused problems for the hosts.

Neville brought on Beth Cobden, who was so influential in the first match, for Jade Clarke at quarter-time but the England head coach was forced into more changes before the half was out. 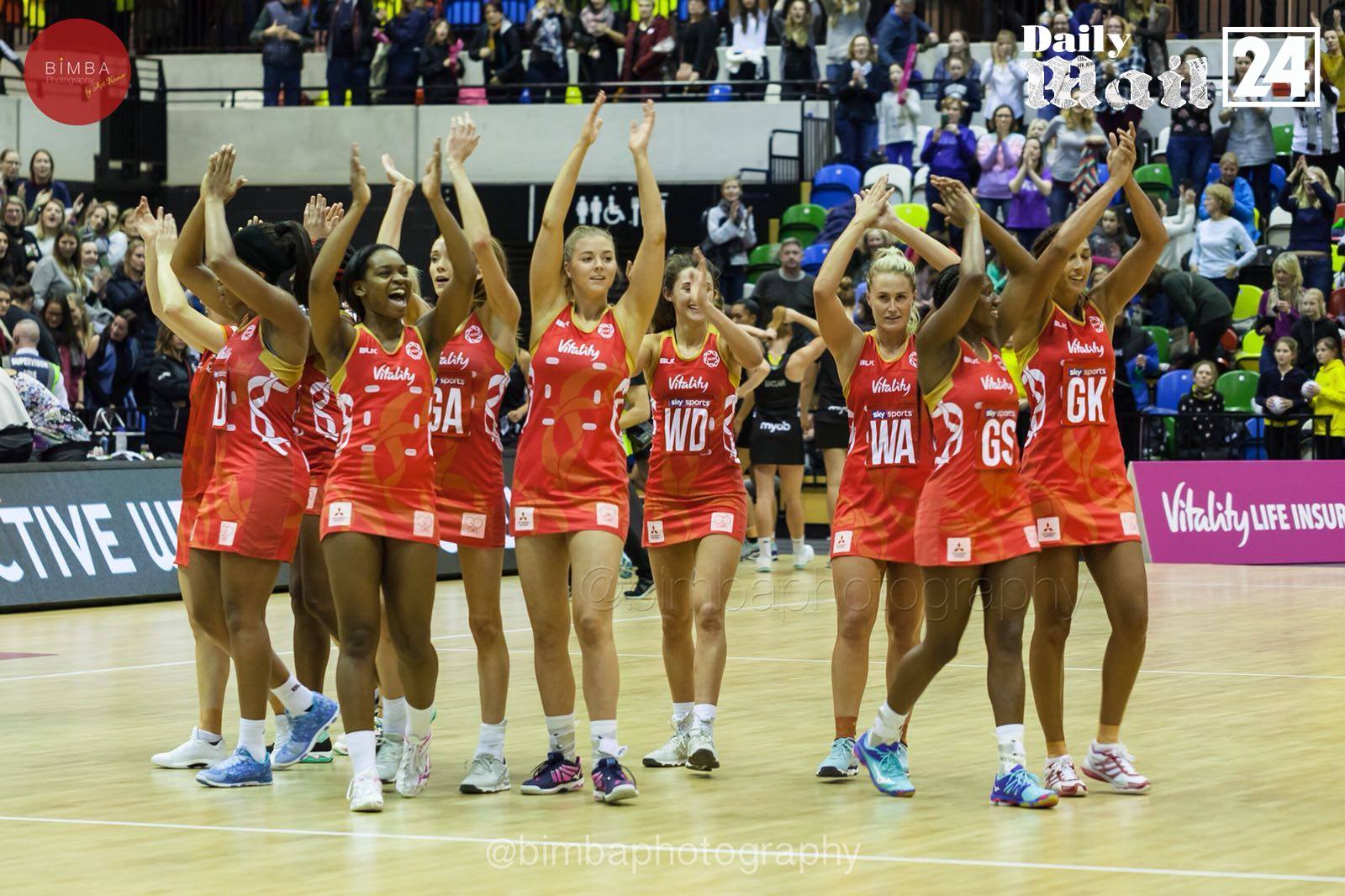 With her side trailing by eight goals, Neville brought on Natalie Haythornthwaite for former Australia international Chelsea Pitman and captain Ama Agbeze made way for Eboni Beckford-Chambers in defense.

But Australia, with 6ft 4in Caitlin Bassett under the posts, continued to purr in attack and England, without injured shooter Jo Harten, lacked a focal point in the circle and trailed by seven at the interval.

Geva Mentor, the Super Netball Player of the Year, showed her class in the defensive end as she combined well with Bath’s Beckford-Chambers in the third, and England’s shooters found their rhythm as the visitors found a way back into the match.

Neville’s side went into the fourth quarter just three goals down, a familiar position, but having played 74 minutes on Saturday they looked tired and Australia held out for another victory.

England has only beaten Australia five times in their history and, ahead of April’s Commonwealth Games, this is an important victory for a Diamonds side missing a number of key defenders.