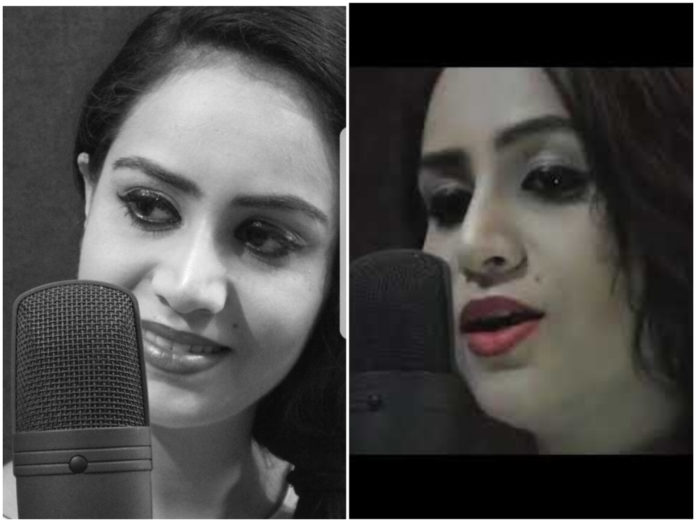 Hailing from a remote village of Jammu and Kashmir’s Bandipora district, the 24-yrs-old Shameema Akhter via her talent and exuberance has revived the love of music among millions of people and is emerging as a prominent Sufi singer.

Shameema who has dozens of songs to her credit via her singing is on way to unite people with their roots through music under which she has now decided to release at least one song every month for her fans based in Kashmiris and outside the valley.

Taking note of her melodious voice, the Optimystix Entertainment India Limited have shortlisted Shameema for singing reality television show ‘Rising Star’ to be broadcast on Colors channel owned by Viacom 18 Private Limited. Recently Shameema Akhter came into the spotlight after she released a video song in the Kashmiri language titled ‘Be Aar Madano’ on Youtube, written by Late Lala Sahib Aragami, a well known Sufi poet from north Kashmir.

The song despite being in the Kashmiri language touched the hearts of thousands of people outside the Kashmir Valley. Shameema in a bid to revive the love of music has teamed up with a renowned musician Mazhar Siddiqui under the banner of SM Records where she not only sings Kashmiri language songs but also in various other regional languages including Hindi, Punjabi, and Pahadi.

Talking to KNB, Shameema Akhter stated that we the youth have to always come up with novel ideas to promote Kashmiri culture and music. It was easy because music is the easiest way to promote culture. Good lyrics, tunes, and voice enthrall even those people who do not even understand your language.

Her passion for music led her to many different places, traveling all over India. She presently resides in Lucknow city for the reasons what she says “to give wings to her career in music.”

I love being in the studio. I’ve been afforded some amazing opportunities to record and explore my musical self with a great deal of autonomy and I am always open to sharing my part of knowledge with youngsters and ready to help them wherever they require it, but they should also be having a tough mettle to thrive and survive,” Shameema added.